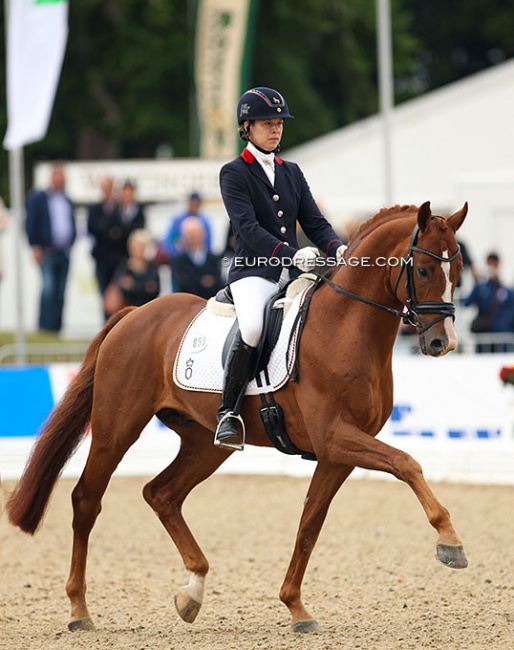 Sir Heinrich, one of Warendorf state stud's most popular breeding stallions, is recovering from colic surgery. He underwent a successful operation and has returned to his stall in Warendorf to begin the road to recovery.

Sir Heinrich is a 14-year old Oldenburg stallion by Sir Donnerhall out of C'est Bon (by Furst Heinrich x Rubinstein x Inschallah AA). He is bred by Paul Wendeln.

The chestnut sire was first licensed at the 2010 Westfalian Stallion Licensing in Munster, but did not make the premium ring. He was later on approved for Oldenburg and Hanover as well as the South German studbooks.

He did his 70-day stallion performance test in Neustadt/Dosse and scored 8.99 for dressage and 7.87 for show jumping to finish on a total of 8.50.

Sir Heinrich has so far sired 19 licensed sons (of which only 6 made it into studbook I) and 35 state premium daughters.

The chestnut recently had a bout of colic and was brought to the equine clinic to be operated on. On 12 May he returned home to recover and is not yet standing at stud.

"We are very happy that our top stallion Sir Heinrich is happy and fresh in his box at the state stud after a success colic operation due to a lipoma," the state stud confirmed."