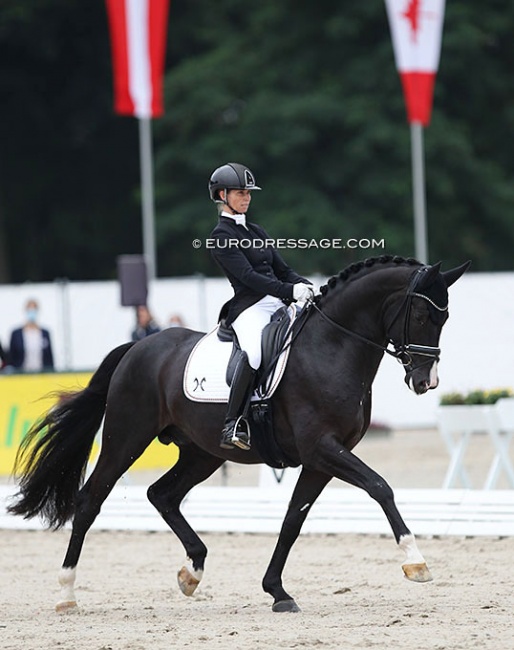 Danciero is a 6-year old Hanoverian stallion by Dancier out of Floris (by Floriscount). He is bred by ZG Broers & Weber

The stallion was remarkably presented at the 2018 Westfalian Stallion Licensing and not the Hanoverian licensing. Owned by Matthieu Beckmann and Pascal Kandziora, the black was named champion and at the auction following the approval, the bidding went up to 700,000 euro.

After the licensing, Andreas Helgstrand and Paul Schockemohle announced themselves as the owners of the horse.

He completed his 35-day stallion performance test in Randers/DEN in the autumn of 2019 and scored an overall mark of 9.11.

In 2020 the Hanoverian society decorated the young stallion with the Weltmeyer Prize.

On 3 May 2022 Andreas Helgstrand announced that Danciero would no longer be standing at stud, but be focused solely on sport.

"He is a fantastic stallion having amazing qualities and therefore we have decided that he will focus more of his energy on the sport in the future," Helgstrand communicated. "From 15 May  he will therefore only be available with frozen semen."

It was the foreboding of the horse's actual sale and move to Anna Kasprzak's stable in Denmark.