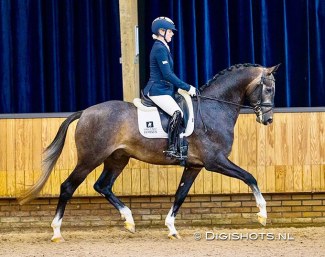 At the saddle presentation on 29 November 2021, the KWPN stallion licensing committee did not accept the four newly presented dressage bred stallions which hoped to obtain a ticket to the KWPN Winter Stallion Performance Test in December.

The KWPN stated that "four stallions were presented for a second chance, of which two had never been presented before. None of them were accepted for the performance test."

Horses.nl reported the names of the four stallions that tried to obtain entry into the licensing process. They were New Motion (by Expression x Uphill) who initially got rejected in the late licensing, as well as Naresh (by Ghandi x Jazz) who did not pass the first phase last year.