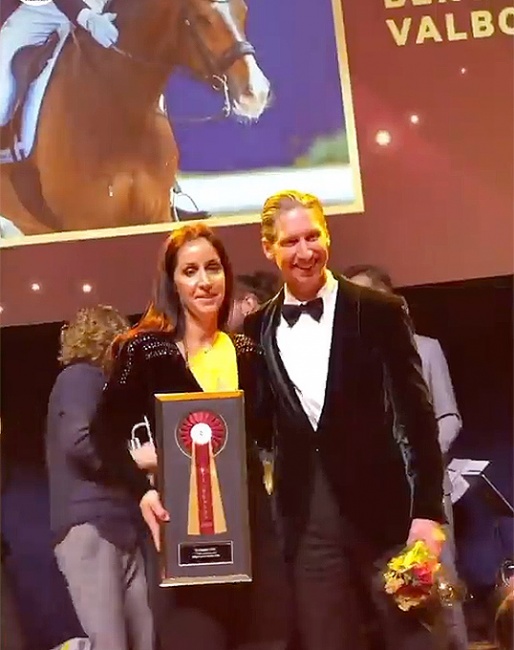 With the massive successes of the Swedish jumping team at the 2021 Tokyo Olympics, it came as no surprise that the largest group of award recipients at the 2021 Swedish Riders Gala in Stockholm on 24 November 2021, came from the field of show jumping.

For the "Comet of the Year" award, young rider Amanda Lindholm was nominated but in the end the award went to show jumping young rider Filippa Enmark.

The "Fighter of the Year" award went to para dressage rider Louise Etzner Jakobsson, who seven weeks before the 2021 Paralympics in Tokyo, broke her leg and was operated on. She convinced her doctor to remove the cast prematurely so she could ride in Tokyo. She won kur silver in her grade.

Louise Etzner's daughter Hanna was named "Groom of the Year".