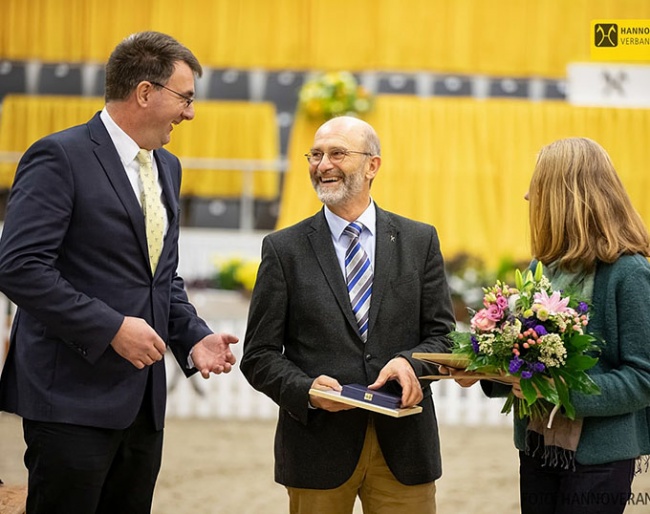 Dr. Ludwig Christmann has been sent off into retirement with a special ceremony on the closing day of the 2021 Hanoverian Stallion Licensing in Verden on 5 November 2021.

The 65-year old Christmann studied animal science at the universities of Gießen and Göttingen, achieving his Master Degree in 1981. He got the Doctor's degree for his PhD on “The development of breeding values based on the evaluation of mares in studbook and mare performance tests."

Since 1984 he has worked for the Hannoveraner Verband and has been a spokesperson for the society for 37 years.

First he worked as  deputy breeding director, and later on he headed the department "Breeding International". He was the worldwide ambassador of the Hanoverian breeding society.  One of his many tasks included being an inspector at foal and mare gradings, studbook inspections, and at mare performance tests.

He spearheaded  the development and promotion of projects, such as the Young Breeders initiative, the breeding programme for Hanoverian Jumping Horses, the research on OCD, a programme to market the Hanoverian as a pleasure horse ("Hannoveraner Erlebe"n) and the seminar programme of the Hannoveraner Verband.

Christmann was decorated with the Golden Badge of Honour of the Hannoveraner Verband, but also the Gustav Rau Medal in Bronze by the German Equestrian Federation.

A biography in German here.