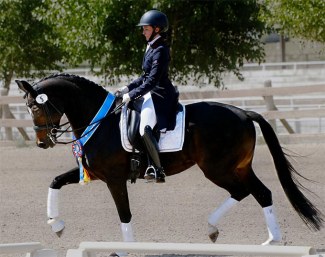 “It’s wonderful to see our stallions’ offspring work their way to FEI, many with their amateur owners,” said Mary Alice Malone, owner of Iron Spring Farm. “This speaks to our goal of producing top athletes with great temperaments.”

Guinevere CPF, by UB40 and out of Amulet ISF, by Contango, Preferent, won the GAIG/USDF Region 5 Prix St. Georges Championship with a 72.132%. “It felt wonderful to win,” said Greta Vowell, Guinevere’s owner and rider. “This was Guinevere’s first year at Prix St. Georges and we were able to steadily improve the test throughout the year. It was great to end the season with our best test.”

Greta purchased “Guinnie” as an eight-month-old foal from a client listing on the ISF website. “She has always had an incredible work ethic. As a young horse, she was very athletic and it was easy to try new things. The harder the work gets, the more she shines,” Vowell explained. “We have an incredible bond—she’s definitely a soul mate.” Guinevere CPF was bred by Julie Lane.

Thiadrik fan Matthys’ Meadows, by Goffert 369, Sport and out of Lobke M, by Jurjen 303, won the GAIG/USDF Region 3 Fourth Level Freestyle Championship with a 75.533%.

“I had no expectations other than riding my heart out—listening and feeling the horse underneath me with every hoof that hit that ground,” said rider Brie Seltser of her test. “I will never forget the moment when my husband reloaded the live scoring page and said, ‘Babe, you need to rebraid that boy right now because you just won regional championships! You have an award ceremony to go to.’ I literally collapsed in his arms.”

Seltser and “Ti” (pronounced Tee) began their partnership at the suggestion of Seltser’s trainer Tyra Vernon just under a year ago and quickly began winning Fourth Level and Prix St. Georges classes this season.

“Ti is as cool as a cucumber. He is a laid-back kind of guy with an in-your-pocket personality, especially when you have grape flavored candies. Those are our favorite snacks to share together,” she said. “Ti and I have worked so hard this year. To say that I am beyond grateful to be partnered with a horse that tries his heart out, is an understatement.” Thiadrik was bred and is owned by Paul Woods. 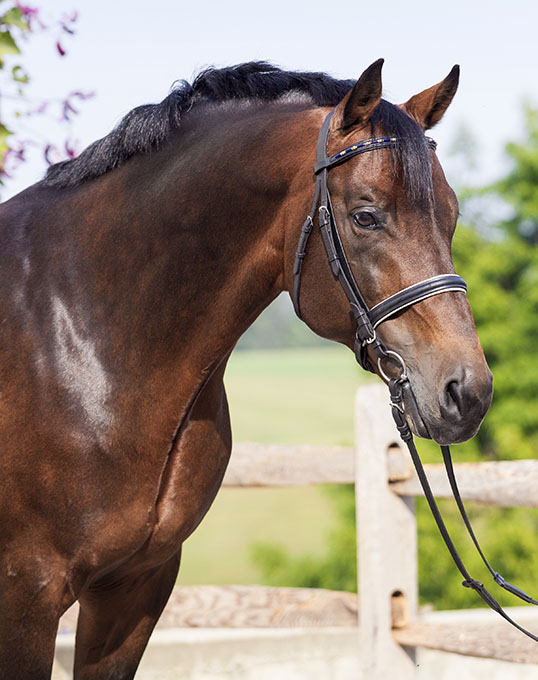