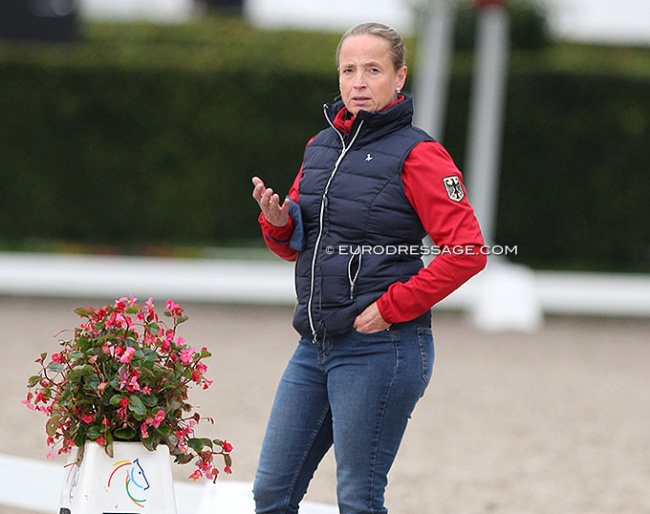 The International Dressage Riders' Club has a new board since December 2020 with Isabell Werth as president and Klaus Roeser as secretary-general.

The new IDRC aims to communicate more directly with the riders and, therefore, has decided to publish the short minutes of their meeting in order for riders and dressage fans to stay current with the ideas the IDRC are discussing and the decisions the club has taken for the benefit of the riders.

The IDRC is the official riders stakeholders club which passes on its decisions to the FEI Dressage Committee for rule changes and advice on the direction of the sport.

After intensive discussion, it was decided to submit the following proposed changes to the FEI.

4 riders in a team

The teams should basically consist of 4 riders again, as this significantly reduces the danger of a team breaking apart and reduces the pressure on the horses. Since reserve horses are currently taken along, which are then not used, the return to the old rule would also have no influence on the horses to be transported and stabled.

The hour long pause between the second and third GPS round is not necessary. We want to have a team competition “short and sharp”.

We would like to have more teams able to participate in the Team Final (GPS). For some countries the placings 4-8 are important in regards of the “points” they give (for their National Olympic Committee).  That can result in more funding from the National Olympic Committees to the Equestrian Federations. When only 8 teams are qualified, all of them got these points. If we have four more teams there will also be a competition between teams that are not real medal contenders.

The current bill submitted by the Green Party to the EU with regard to a general ban on the use of antibiotics in animals is strictly rejected. In principle, the problem of the use of antibiotics in factory farming is recognised, but this cannot lead to a ban on dogs, horses and cats, which are responsible for only 2% of the amount used. The aim is to prevent such a law through political contacts as well as social media activities

In Tokyo as well as in Hagen, the stewards repeatedly pointed out the strict observance of the rules and then interpreted them very sharply. This led to considerable uncertainty among some of the riders. Of course, the IDRC supports the observance of the applicable rules, however, what we need are clearer and more precise rules that give both stewards and riders more security and allow for fewer individual interpretations, which apply equally to all disciplines.