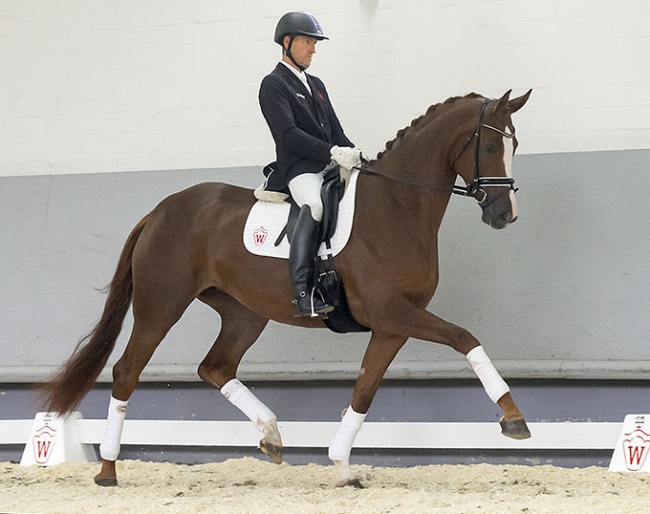 Diamonique became the price highlight of the 2021 Westfalian Autumn Elite auction in Munster-Handorf, Germany, on 3 October 2021.

A total of 55 horses changed hands and almost half of them will move abroad.

Diamonique (by Don Nobless x Laudabilis) sold for 202,000 euro to Luxembourg client. The mare is bred by Maria Leusmann and achieved the fourth best result of the year in her mare performance test, scoring 8.41 points.

The second most expensive horse of this online auction was Baileys on Ice (by Benicio x Florestan), who will stay in Germany for 85,000 euro.

Belgian clients bought Liborio STMT (by Jazz x Ampere) for 40,500 euro, although the horse ended up not being paid for and returned to owner, Freiberger Hof.

The most expensive show jumper was Quasi Plus (by Quasimodo van de Molendreef x Quinta Real) led the field of show jumpers with a knockdown price of 68,000 euro.

Five riding ponies were offered for sale and four of them sold, two will go abroad. The most expensive pony was the licensed pony stallion Diamond Blue (by FS Daddy Cool x FS Golden Moonlight). Bred by Ulrich and Katja Neuhaus and owned by Stefanie Rothenberger-Krause, the palomino sold to the Netherlands for 38,500 euro.