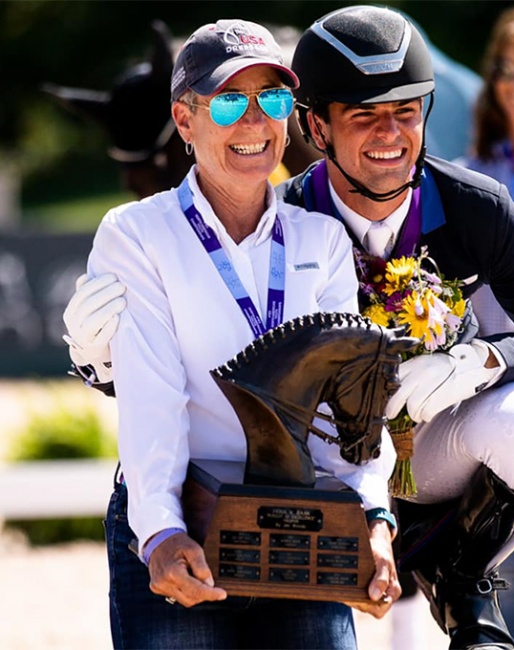 This trophy, which is on permanent display in the Roemer Foundation/USDF Hall of Fame, is awarded to the Young Rider who earns the highest combined average score in the three dressage tests: FEI Young Rider Team, Individual, and Freestyle. Simonson placed first in the team, individual, and freestyle tests, with scores of 73.588%, 75.353%, and 78.935% respectively, securing the win with an overall combined average of 75.959%.

The “Pursuit of Excellence” is the legacy Fiona Baan left to all FEI Young Riders, and indeed, to everyone who ever knew or worked with her. For nearly 30 years, Ms. Baan worked tirelessly with great dedication to the United States Equestrian Team (USET). She was U.S. Dressage Team Leader for the 1976 Olympics Bronze Medal team, the 1987 Pan Am Games, and for the bronze medal dressage team at the 1992 Barcelona Olympics.