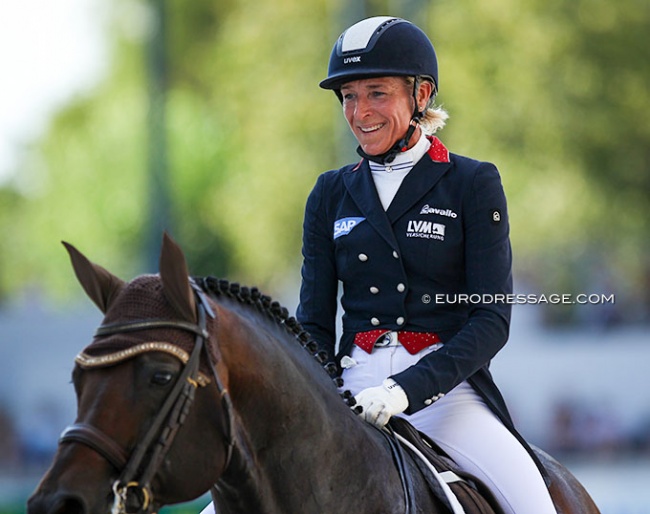 German cross discipline Grand Prix rider Ingrid Klimke has seen her Tokyo dream go up in smoke after she injured herself in a fall on a cross country course in Poland last weekend.

The 53-year old Klimke is German Olympic squad listed in both dressage and eventing.

Today, Klimke also announced that her Olympic dream of riding at her 6th Games as an eventing rider has come to an end. Last Saturday she fell during cross country and sustained a severe injury to her chest, left shoulder and ribs.

"The operation in Munster (on Monday) went well and now I need time to rest and heal," she wrote on her Facebook page. "I'm very sad because my biggest dream - riding at my sixth Olympic Games - is now gone."

Klimke hopes to be back in the saddle on time to defend her European Eventing Champion's title in September.