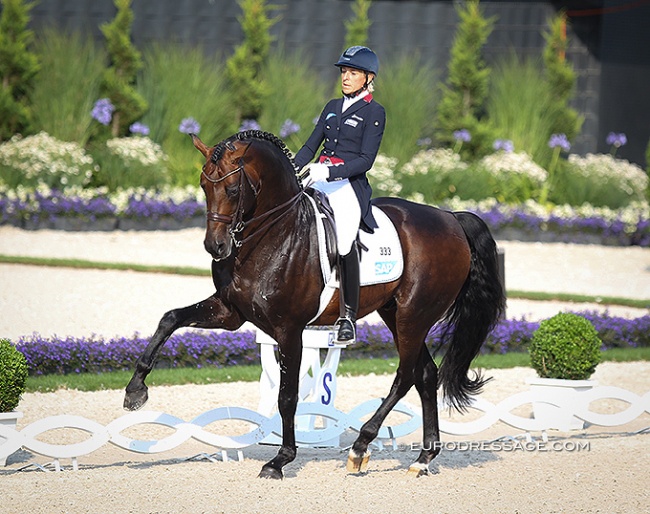 German Olympic squad listed Ingrid Klimke and Franziskus see their Tokyo dream go up in smoke. The stallion injured himself and has been withdrawn from team contention.

Franziskus is a 13-year old Hanoverian stallion by Fidertanz x Alabaster. He is owned by Wilhelm Holkenbrink.

He was the 2008 German Foal Champion and became a premium licensed stallion at the 2010 Westfalian Stallion Licensing. Under Johanna Klippert he won the 2012 Bundeschampionate for 4-year old stallions. In the winter of 2013 accepted the ride on the stallion.

Klimke and Franziskus finished 13th in the 6-year old Finals at the 2014 World Young Horse Championships in Verden. In 2017 they made their international Grand Prix debut in Munich. Since 2019 the pair's Grand Prix scores have been gradually climbing towards the mid seventy percentage range, which put them in focus for the German A-squad.

Their last international start was the 2020 CDI Dortmund, right before the corona lockdown, where they won the Grand Prix with 75.218%.

Today, Klimke announced that "the dressage dream of Tokyo has over. Franziskus, who belongs to the German Olympic dressage squads since the end of 2019, is out of the running for the foreseeable time due to an acute injury. The most important is now that Franziskus gets well again soon."