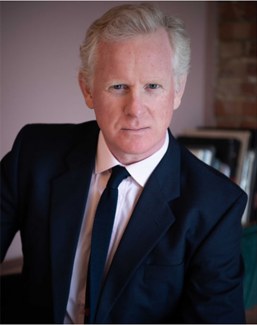 British Equestrian announced that the new Chief Executive to lead the organisation is Jim Eyre, while Malcom Wharton has been formally appointed Chairman for a four year term.

Jim Eyre joins equestrian sport from the elite world of rugby, where he spent over five years with Premiership team Harlequins FC, initially as Commercial Operations Director before promotion to Chief Operating Officer, a position he held for three years.

Responsible for a large core staff and a key member of the Senior Management Team, Jim oversaw the operational delivery of all aspects of the club’s stadium with significant budgetary responsibility. He was instrumental in successfully delivering key projects including building the Community Department, developing The Harlequins Foundation, delivering an IT and digital strategy, building the club’s woman and girls programme to create a pathway from grassroots to elite international rugby, and diversification of the venue to drive revenue.

Prior to joining Harlequins, Jim spent 25 years in the military, in a variety of roles including Squadron Leader of the Blues and Royals Mounted Squadron and Commanding Officer of The Household Cavalry Regiment. His current role is with England Rugby as a Project Officer to spearhead the sport’s COVID recovery programme and help Premiership clubs to comply with guidance and legislation in order for the sport to continue.

Having grown up in Lambourn Valley, equestrian pursuits featured heavily in Jim’s youth and he was an avid Pony Club member, taking part in a wide variety of disciplines. He went on to join the Army, where his horsemanship focus changed considerably and leadership skills flourished with responsibility for various sized teams, regularly in complex and high-pressure operational environments.

“I am thrilled and honoured to have been appointed as Chief Executive of British Equestrian, and I look forward to working with the BEF team and all the member bodies to help grow equestrianism and horse welfare in the UK. It is clear that there are as many challenges as there are opportunities, and a key focus must be to help the sector recover from COVID-19, as well as to minimise the impact of Brexit. Looking forward to the summer, with the pandemic hopefully behind us and the delayed Tokyo Games underway, it should be a hugely exciting time for the sport and industry.”

A short list of four candidates was presented to four separate panels made up of key stakeholders from BEF member bodies and funding partners. Three candidates then went forward for final interview by the BEF Nominations Committee, who selected Jim and recommended his appointment to the BEF Board. Throughout the process, the various panels who engaged with Jim noted his demonstrable leadership skills, collaborative approach, excellent communication skills and genuine ability to develop relationships to achieve a common goal.

Jim will formally start his role on 6 April and Iain Graham, who has been acting as Interim Chief Executive since October 2019, will continue to provide overarching support for the World Class Programme. Iain will work with Performance Director Richard Waygood and his team to best prepare our athletes to compete at the Tokyo Olympic and Paralympic Games alongside his role as CEO for British Showjumping.

Malcolm Wharton CBE has been confirmed formally in the position of Chairman of the British Equestrian Board for a four-year term with full support from UK Sport. Malcolm, working closely with Iain, has provided strong leadership and direction for British Equestrian since he took over the role on an interim basis in October 2019 and has managed the organisation through the COVID crisis, providing stability and playing an essential part of securing our funding for the Paris Olympic and Paralympic cycle. Having a shared love of rugby, Malcolm and Jim will work with the team to turn strategy into operational execution for the benefit of all stakeholders.

Malcolm commented; “These are exciting times for British Equestrian. While COVID and post-Brexit issues are still a primary concern, we can now look forward with a sense of optimism and an exciting new chapter. I would like to say an enormous thank you to Iain for his tireless work to bring stability to the organisation and he’s been outstanding in the role. He’s been instrumental in securing our funding for the Paris cycle, his new vision for the executive team has proved successful, and he’s cleared a huge backlog of outstanding business whilst juggling the impact of the pandemic, the complexity of Brexit and his role at British Showjumping. I must also extend my gratitude to Charles Britton and the Board of BS for allowing us to ‘borrow’ Iain.