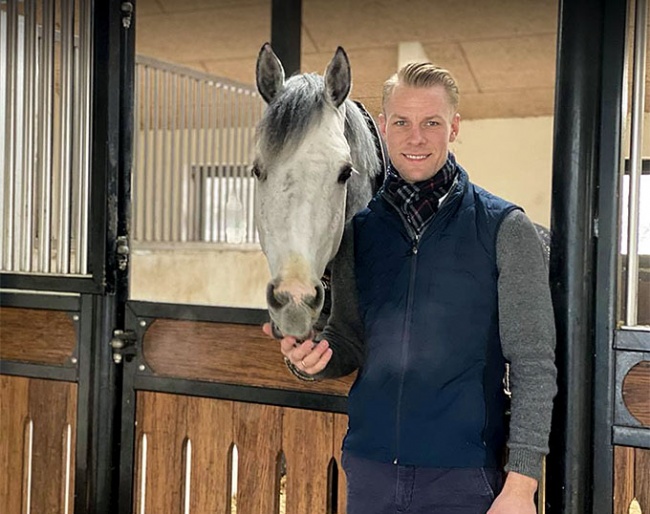 Caracciola MT is a 2013 born Holsteiner stallion by Chin Champ out of Zarina IV (by Calido I x Literat). He is bred by Miriam-Kathleen Haak.

The grey stallion was licensed at the 2016 South German Stallion Licensing in Munich-Riem and named premium stallion. He moved to Sissy Max-Theurer's Gestut Vorwerk after the licensing.

Max-Theurer named him after the German race car driver Rudolf Caracciola, who won won the European Drivers' Championship, the pre-1950 equivalent of the modern Formula One World Championship.

Yvonne Henke started Caracciola's sport career in Germany in 2017. A year later Melanie Tewes took over the ride. They won the international 5-year old classes at their home CDI in Cappeln and finished the year with a 9th place at the 2018 Bundeschampionate.

In 2019 the pair was selected to represent Germany at the World Young Horse Championships in Ermelo. As a warm up show they were entered in the CDI Cappeln, but twice withdrew in the warm-up. In Ermelo the pair finished 11th in the 6-year old consolation finals. However, at the 2019 Bundeschampionate the pieces all came together and the combination rode to a deserved bronze medal in the 6-year old finals.

In 2020 Tewes competed the beautiful grey stallion in the two back-to-back CDI's at Max-Theurer's castle in Achleiten, Austria, where he won twice in the 7-year old tests.

Caracciola MT has now moved to Denmark to be developed to Grand Prix level by Danish squad rider Daniel Bachmann Andersen, who is based at Stable Kleppenhus in Ebeltoft.

"He's an amazing horse and here for training," Bachmann told Eurodressage. "I love to work with him. He is doing already most of the Grand Prix exercises. He needs more strength but the foundation is great."