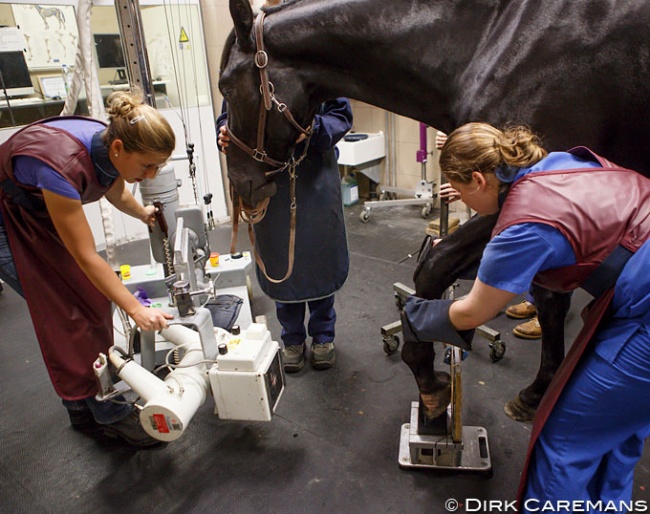 Guest column of this week comes from equine lawyers Luc Schelstraete (NED) and Piotr Wawzyniak (POL) who take the side of horse sellers against the new E.U. Enforcement Directive for consumer protection. They believe that "Professional sellers of horses and ponies are burdened by the current Consumer Protection as it applies in the EU Member States."

The lawyers' duo states that the New E.U. Enforcement Directive for Consumer Protection "may be more drastic for (international) horse trade than Covid-19."

This Consumer Protection means, among other things, that when a horse or pony is sold by a professional (a party that is professionally or commercially engaged in the sale of horses and ponies) to a consumer, and a defect demonstrates itself within six months after the delivery then such defect is deemed to have already been present at the time of delivery. If the professional seller cannot demonstrate the contrary (in popular speech: can prove), then the seller is liable for this. In practical terms, he often has to take back the horse and even pay compensation to the buyer.

The situation outlined has been incorporated into legislation by almost all EU member states. Even though there are some country specific provisions across the EU, the court are applying this principle quite consistently. In the Netherlands, the judges also apply this principle also in case of for instance injuries that can develop acutely, such as a tendon injury. In such a case the professional seller must prove that the tendon injury did not exist at the time of delivery. The jurisprudence oÍ Dutch courts pursuant to which substantial's claims of the buyers are awarded simply because the Court experts cannot scientifically date the defect that has appeared before or after the delivery of a horse or pony is numerous.

It goes without saying that these types oÍ trade risks are undesirable in the sale of horses. After all, a consumer can also handle a horse so amateuristic that it will develop injuries, The seller is then not to blame, but he still has to the damages. In addition, it applies that each animal has its own intrinsic energy, can spontaneously contract diseases or defects, etc.

Notwithstanding this finding, by Directive (EU) 20191771, the European Parliament and the Council have instructed the Member States to amend a number of even more far-reaching mandatory Consumer Law provisions in the legislation before 1 July 2021, which amendments will take effect on 1 January 2022.

The most far-reaching change concerns the extension of the period from six months to at least twelve months. In concrete terms, this means that the professional seller runs the risk that the consumer buyer can even say at the end of that year: "my horse is lame, so I can no longer ride it and / or compete it. Please take it back, I am entitled to a refund of the purchase price and damages".

Virtually every stakeholder imported into equestrian sports will understand that this will not promote the trade in horses to consumers. One may wonder whether European equine businesses should be happy knowing that the directive allows Member States to introduce this "guarantee" in their legislation up and to two years after the delivery. In case of the Netherlands, the Dutch government has now decided to go for the "minimum" period of twelve months.

However, the European Directive does stipulate that Member States are free to exclude, among other things, the purchase of living animaÍs from the scope oÍ this Directive.

Member States may exclude from the scope oÍ this Directive contracts for the sale of:
(a) second-hand goods sold at public auction; and
(b) living animals, (emphases added)

The implementation of this Directive for the Netherlands does not use this option!

This is apparently the only consideration for the government not to make use of the exclusion option! We suspect that the horse trade in the Netherlands and its interest groups including the KWPN and the other studbooks are missing an opportunity. The bill has yet to go to the Dutch Parliament, so action is warranted if the horse trade is already in difficulties on justified grounds.

In Germany the Ministry of Agriculture and the German Equestrian Federation are pleading for the exclusion oÍ living animals and more in particular horses from the consumer sale contracts. This approach of the German government and equine industry reconciles the long-lasting tendency in the German jurisprudence which - from our point of view - correctly tried to be rather reluctant in applying unconditionally consumer law to horses. German judges have already made clear then when it comes to animals one cannot expect the same as from consumer goods.

Potential risks for the equine industry in the EU

Lack of harmonization within the EU may lead to potential juridical problems if in some countries from the scope of contracts of sale living animals have been excluded and in some not. Under the EU Regulations, the law applicable to the sale and purchase agreement is determined by the State in which the seller is domiciled. At the same time the European Regulations provide for the possibility of a consumer buyer to initiate litigation against a seller from another Member State before the consumer's District Court. Let us take an example of a German professional seller and a consumer buyer from the Netherlands. In such a case the Dutch consumer can start litigation before his district court in the Netherlands. In principle however German law would be applicable to such a dispute because the dispute would be governed by the national law of the seller. So, a Dutch court would then decide following German law. lt can be very confusing for the Court if there are significant differences between the Member States concerning the consumer protection. On the other hand, such discrepancies will lead to increased importance of the choice of applicable law in the contract. Many professional sellers will then opt for the applicable law being the law of a Member States that has excluded living animals from the Consumer Protection.

-- by Luc Schelstraete and Piotr Wawzyniak

What Do you Think?

Do you agree with these lawyers that horse sellers need to be protected more? Or do you find that buyers should retain a 6 month protection for their purchase? Or does the EU need to extend it to a 12-month period? Join the discussion on the Eurodressage Facebook page or contact us at info@eurodressage.com