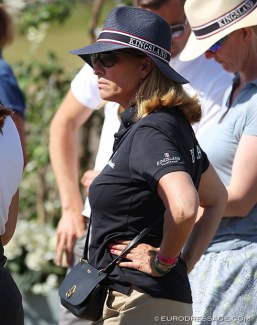 The Danish federation wishes to set up a new structure around the Danish national dressage team and there is no place for Trolle in that structure.

"We believe that the time is ripe to rethink the existing set-up and therefore choose to say goodbye to Helle," said Morten Schram Rodtwitt, the Danish NF director. "As a federation we want to focus on creating an optimal framework and conditions for both our all squad riders and not just the team riders, so they can perform in an optimal way as individuals and as team."

"I'm sincerely sorry and regret this decision," said Trolle, who runs a horse tack distribution centre for Scandinavia. "I will not deny that I will miss all the competent people, eminent riders and not the least the amazing horses I have been so luck to surround myself with the last three years."