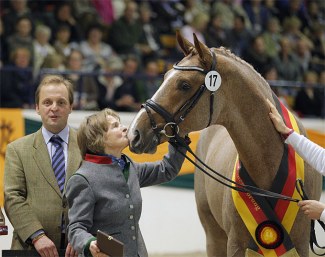 Trakehner horses have jumped the first obstacle on their way towards being acknowledged as intangible cultural heritage (ICH) of UNESCO. The breed has managed the first step of the application procedure to get registered.

The Spanish Riding School of Vienna, the classic riding art of Saumur’s Cadre Noir or falconry – they all are examples of intangible cultural heritage acknowledged by UNESCO. In total, 549 entries from 127 countries, four of them from Germany, are currently listed. The German national register is the preliminary stage and it holds 106 entries. The Trakehner breed is among the current applicants and managed the first step towards registration recently.

The national registration is a precondition to get entered into the international register. It is connected with a multi-stage procedure over two years with several participants. Representatives of the states, the cultural ministeries of the federal government and the German UNESCO commission all have their say. Each state runs a pre-selection and can name up to four applications to the Ministerial Conference of Education and Arts. Schleswig-Holstein has recently decided to support the Trakehner application and, as a second step, to forward it to the independent expert committee of intangible cultural heritage at the German UNESCO commission. The expert committee’s recommendation will be finalized by the ministerial conference and the federal government’s commissaries for art and media who have to confirm it. Following that, an intergovernmental UNESCO commission accepts new applicants for the UNESCO list. In short: the way into get acknowledged as ICH is a long one, a bureaucratic marathon.

Supported by the Trakehner horse foundation, the project team had turned in their application at Schleswig Holstein’s Ministry for Education and Art in October 2019, right on time. The strict selection procedure had been well known beforehand and it was a difficult task to explain to non-horsey people what defines a Trakehner, its history, tradition, innovations, aspects of animal protection and progress in breeding, and all of that in short, easy to understand ways but nevertheless accurate.

The purebred Trakehner is a living cultural heritage with a history of almost 300 years. The breed is the oldest riding horse breed in Germany and internationally acknowledged to be a breed of origin. The Trakehner breed goes back to the founding of the main stud, Hauptgestüt Trakehnen by the King of Prussia in 1732. Until today, Trakehner are the only riding horse breed that allows solely pure input, that is English or Arabian thoroughbred, of either Shagya or Anglo-Arab genetics. The Trakehner of today is a modern riding horse for all disciplines of equestrian sport and leisure. Its history and personality fascinates breeders and riders all over the world. By forwarding knowledge about the breed and its history over several human generations and by passionate breeders to keep the breed alive, the Trakehner breeding fulfills all criteria for an intangible cultural heritage .

It is a proven fact that this cultural heritage does not follow commercial purposes in the first place. It is written down in the statutes that pure Trakehner breeding has to serve the purpose to keep the breed as it was passed on over generations, even if that defies commercial interests.

In the next step the expert commitee needs to get convinced of the Trakehner breed’s value regarding its cultural history, socially, emotionally and all of this over generations and boundaries. In April, the state commission had given the go already and forwarded the application to the conference of ministers of education and arts seated in Bonn. Fans of the breed need to continue to keep their fingers crossed and the cultural heritage of the Trakehner alive in public. The final decision will come by March 2021 the latest.