Bartosz Jura: "Are We a Minute Away from the Dawn of a Dressage Revolution?" 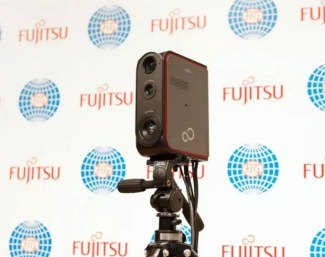 Guest columnist of this week is Bartosz Jura, a certified internal auditor, certified IT auditor, and certified risk management assurer with a passion for dressage. A national dressage judge in Poland, Jura works and lives in Belgium with his wife who is a Grand Prix dressage rider.

Are We a Minute Away from the Dawn of a Dressage Revolution?

It was over three years ago when the FEI considered a number of major changes in the dressage judging system. Those propositions triggered heated international discussion which resulted in growing disagreement between various interest groups. Despite diverse opinions and proposed solutions, most of the dressage stakeholders remain in agreement that changes are needed.

At the time, following the examples from other sports disciplines, I postulated a cooperation between FEI and sport universities. We know that it has already started. However, is that enough? In what way has the world of sport evolved since 2017 and what are the available improvement opportunities for dressage judging?

Gymnastics is the sport with the most parallels to dressage. As in dressage, judging in gymnastics was a subject of public criticism for years. Their system has undergone significant improvements. So let’s have a look at the most recent revolutionary changes in gymnastics judging.

This revolution is Fujitsu artificial intelligence “robot judges”. The technology consists of small gray boxes placed around arena. Each of these small devices hides laser based equipment which captures the movements of gymnasts and provides that data to an artificial intelligence system. As a result computer analyses parameters of 3D gymnast modelare  presented to the judges instantly. The system provides with high precision accurate information about each body part position, angle, speed, etc. All mistakes and errors are visible and accessible in a transparent and objective way.

This technology was tested and improved during competitions in 2018 and 2019. Now is fully operational and supporting the top artistic gymnastics events. At the  2019 Artistic Gymnastics World Championships some of the scores were revised based on this technology.

According to current rules, gymnastics athletes can challenge the score - the exercise performance is revised by the judges in the system and scored accordingly. Additionally, the scoring of exercises is revised automatically when there is major difference with the scores of the human judges. Moreover, the Gymnastics Federation uses this technology to analyze the accuracy of artistic gymnastics. Captured performance is matched against assigned scores in order to reflect judging mistakes for educational and improvements efforts.

However, I am convinced that the driver of dressage changes will be the other technology …

Affordable dressage training support technology is out there now!

Three years ago the technology was not yet available (at a reasonable price) for dressage training support. However as of 2020, the technology is there and I expect it will be entering riding arenas within a few months.

The first Apple tablets with laser 3D technology (LIDAR) have been introduced to the market. Later this year we can expect the first iPhone with 3D laser sensor so each of dressage riders will have super powerful tool in his pocket! At first, this technology will be used for home training arenas. By pressing the button you will pull from the internet the application supporting your dressage daily routine and start using it in the right away.

Quite a number of critical functions will be implemented, I guess. Some of examples which could be available very soon:

What would be the impact of such application on dressage judging? I think this will be a revolution which may turn the dressage world ranking upside down!

Let’s imagine that each of the spectators or competitors can pull out their smartphone or tablet, press the button and start checking the dressage quality of the performance at hand. The tablet will immediately measure all parameters and will identify red flags (e.g. tight neck, how often horse had an open mouth, crossing front legs in piaffe, swaying in passage, large canter pirouette with centimeter accuracy, capturing no sitting in piaffe with exact front legs load comparison to trot, short-long or pacing in walk, high-low front legs in extended trot, not enough steps in piaffe, distance in piaffe with centimeter accuracy, transition not in the letter with cm accuracy, etc.). A game changer, ha?

Oh, let’s not forget that smartphones and tablets will be present in warm-up arenas. Spectators could measure tension, hyperflexion time, horse overriding, riding times, speed and frequency of whip use, … or some spectators will watch and catch lameness in the trot-up during vet check. The FEI and judges community need to get ready. We shall expect the FEI to get engaged into developing a judging support technology. It is available now. It is out there. It is coming. And none can stop it.

I am convinced that in upcoming years technology will not replace human judging. However, as in gymnastics, tennis, baseball, ice skating, football - technology and electronic/visual aids will become a mandatory judging support.  I think that after the introduction of this technology judges and FEI will face a new in-depth discussion on  scores. Judging bias and nationalistic judging will get a new meaning. Maybe world ranking will get changed …

We can debate if it is for the good or to the detriment of dressage. Personally, I hope and care that all those changes will be better for horse welfare. And very likely better for fair play in dressage.

Related Links
David Stickland: "We Have to Use Statistics to Give Insight to Dressage Judging"
Bartosz Jura: "Scoring Statistics Prejudiced Against Judges?!"
Dressage Judging: Improving the System, Sisyphus' Labour