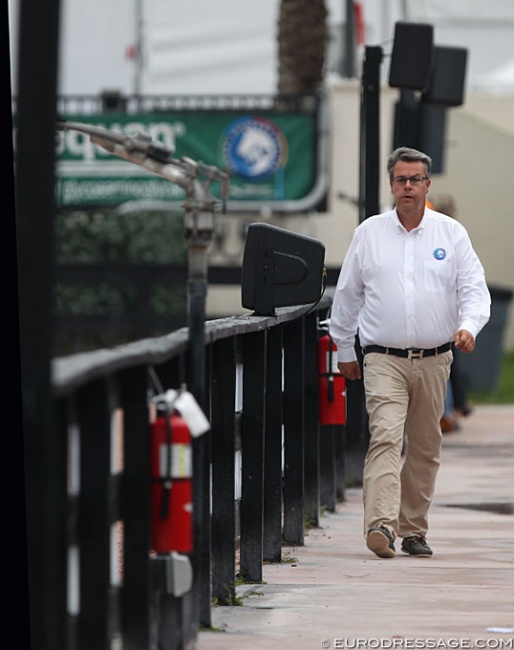 The Dressage Calendar Task Force, one of the eight discipline-specific task forces created by the FEI to evaluate the impact of the Covid-19 pandemic on the FEI Calendar and propose ways of mitigating its effects, held its first meeting via videoconference on 16 April 2020.

The meeting was chaired by FEI Secretary General Sabrina Ibáñez, who has overall responsibility for the FEI Calendar and who is chairing each of the discipline Task Forces. Jumping was the first of the Calendar Task Forces to meet online on 2 April.

The main topics discussed by the group included:

The FEI President is being kept fully updated on the work of each of the Task Forces and, where required, will assist in finalising proposals to be put forward to the FEI Board for approval.

The principles agreed by the Board after the first Jumping Calendar Task Force meeting at the beginning of the month have been shared with the other seven Task Forces that will evaluate the impact of the virus on the FEI Calendar for their discipline. Each of these Task Forces consists of the core group plus the Chair of the relevant Technical Committee, a representative of the Athletes and the FEI Sports Director of the specific discipline.

Meeting dates for each of the Calendar Task Forces are now confirmed:

20 April – Joint Task Force meeting for Driving, Vaulting and Reining, specifically to discuss FEI European Championships for Youth and Seniors in 2020 and 2021, which is the most pressing calendar issue. Following this, separate meetings will be held with each discipline Task Force to review potential date clash issues.