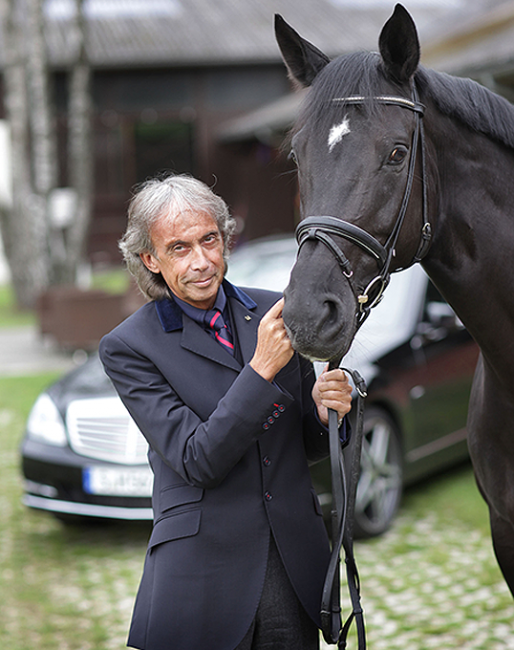 Frank Henning, a German dressage horse owner and the founder of the educational seminars Reiter Forum and Die Alten Meister, died unexpectedly in the night of 11 April 2020.

The Wuppertal based Henning struggled with health issues for years, but always bravely fought against them and kept a positive outlook on life.

Henning became best known as the initiator and founder of the educational seminars Reiter Forum and Die Alten Meister, in which he wanted dressage lovers to get access to expertise from the world's best trainers. His seminars featured athletes such as Klaus Balkenhol, Monica Theodorescu, Ingrid Klimke, Isabell Werth, Dorothee Schneider, Hubertus Schmidt,  as well as jumping riders Ludger Beerbaum and Toni Hassmann.

Often his sessions also included expertise from saddle and bitt fitters as well as seat experts.

The seminars were often staged at Mercedes-Benz' dealerships so that also people with no knowledge of the sport would get familiarized with horse training and management. These sessions were moderated with passion by Henning.

From Car Dealer to Dressage Fanatic

In his professional life Henning, who studied Business Management as a young adult, managed a group of car dealerships in his home town Wuppertal. He sold the company in 1992 and began Henning Marketing.

Henning also invested in horses, often sourced at Hof Kasselmann. Some of his discoveries were Syriana, who is now an international Grand Prix horse under Australian Mary Hanna, and Charming Boy (by Casaretto x Ehrentusch), competed internationally by Sofie Lexner.

In 2009 Frank Henning was decorated with the P.S.I. Supporter of the Equestrian Sport Award at the PSI Charity Ball.