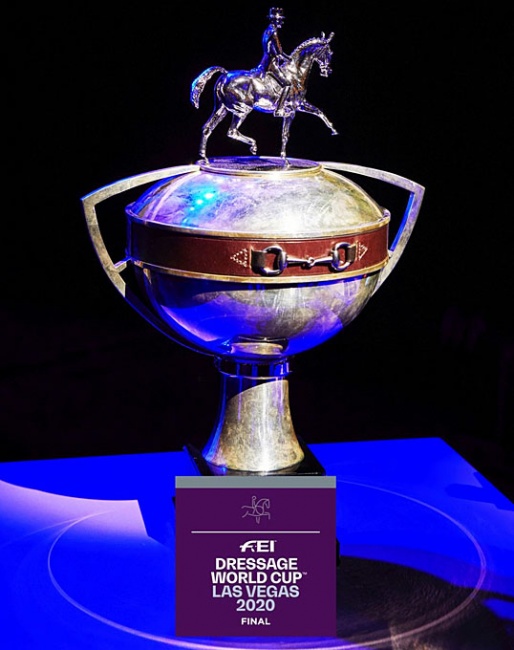 The annual equestrian competition, featuring the Olympic disciplines of Jumping and Dressage, was scheduled for 15-19 April at the Thomas & Mack Center.

“It is very regrettable that next month’s FEI World Cup Finals in Las Vegas have had to be cancelled, but the decision was out of our hands”, FEI President Ingmar De Vos said.

“Since the FEI World Cup series began in 1978 for Jumping and in 1985 for Dressage, the Finals have never had to be cancelled before, but the global concerns about the spread of the virus and the travel restrictions imposed by the US Government have meant that the Finals are one of many major sporting events impacted by this outbreak.

“Like everyone in our community, we are disappointed, not only for the athletes who have qualified for the Finals, but also for Las Vegas Events and US Equestrian, and of course our top partner Longines, but the health, well-being and safety of our athletes, officials and our fans has to be our top priority. We hope we can alleviate that disappointment by returning to Las Vegas for a wonderful FEI World Cup Finals in the future.”

All ticket buyers and exhibitors will be issued full refunds. The Las Vegas Events ticket office will contact all ticket holders on the process starting the week of 16 March.

Further information on the FEI World Cup™ Finals 2020 in Las Vegas can be found at www.WorldCupLasVegas.com.