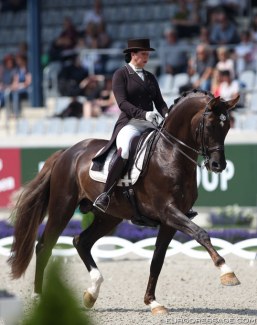 Merkulova fell off a horse and was urgently transported to the hospital, where she received the most prompt and professional care to save her life.

Inessa is currently in an artificial coma at the Bremerhaven University hospital, where she is fighting for her life.

The Merkulov family requests privacy as they fight and pray for Inessa's recovery during this difficult time.