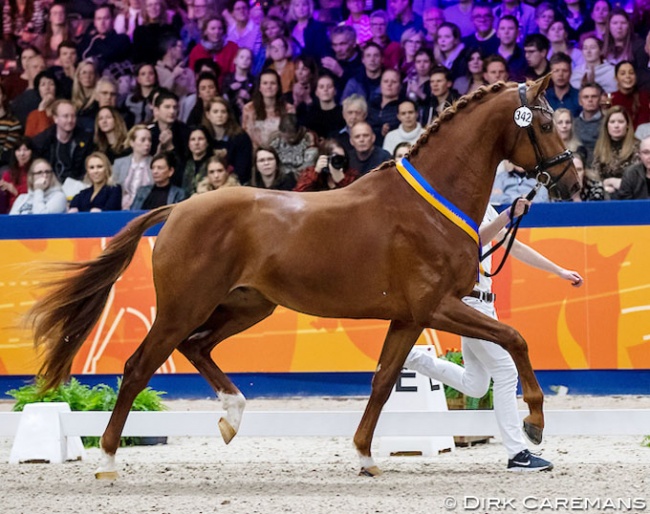 The 2020 KWPN Stallion licensing in 's Hertogenbosch, The Netherlands, on 31 January - 2 February 2020 yielded a result of 45 colts accepted for the stallion performance test and six colts named premium.

For the first time, the KWPN society decided not to name a "champion of the licensing", but just honoured the six premium colts on equal terms.

The Hanoverian bred Toto Jr (by Totilas x Desperados) was the best represented KWPN sire at the 2020 licensing. This came as no surprise as the Hanoverian sired no less than 369 KWPN registered foals, born in 2017. Out of this group 29 of them were sent to the pre-selection and five were approved at the licensing itself.

"We were able to assess the stallions well and, according to the test of the Breeding Board, we were generous in the appointment for the stallion performance test without compromising on quality," said KWPN licensing committee chair Bert Rutten. "We selected large framed, uphill built horses that move in a good way."

On Saturday 1 February 2019 the KWPN Select Sale took place in Den Bosch, the auction following the licensing. The top seller of the auction was Morricone VDT (by Toto Jr x Ferro), which sold for 175,000 euro to Andreas Helgstrand

The average price for a licensed stallion in the KWPN Select sale was almost 50,000 euro.