The 2020 Paralympic Format - What to Expect in Tokyo 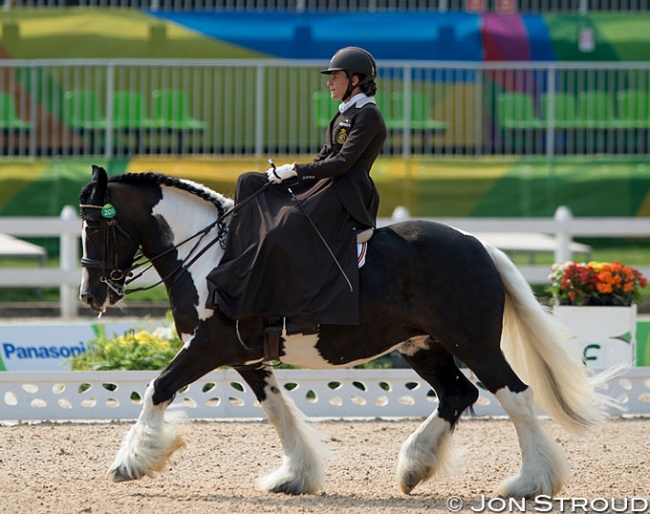 One month after the able-bodied Olympics the 2020 Paralympics get underway in Tokyo with the Equestrian events running for 5 days from 27 till 31 August 2020.

However, while the race for places in the Olympics came to an end on Dec 31st, the Paralympic qualification period runs until January 31st and indeed there is a busy CPEDI schedule this January around the world with 10 events scheduled: 2 in Moscow, 2 in Wellington, 3 in Western Europe (FRA, ITA, NED), 2 in Poland and one in Australia. So this is a critical month for many Para-athletes chasing their dreams.

All athletes must compete in their grade-specific Individual competition. The grade II, IV V Individual tests take place on the 27th, the grade I and III tests take place on the 28th. On Saturday 29th and Sunday 30th the Team competitions take place, while a Nation may send up to 4 athletes to compete in the Individual Championship, the Chef d’Equipe chooses 3 of them to take part in the Team Championship which is decided by a simple addition of the 3 scores (the scores in the individual competition are not included in this sum). The final championship for the Freestyle tests to music are open to the top 8 athletes in each grade from the Individual championship and concludes the Para-Equestrian program on Monday 31st of August.

Teams must be formed in specific ways where at least one team member must be in Grade I, II or III and a team may include a maximum of 2 athletes in any single grade. So, for example II-IV-IV is permissible, but not IV-IV-V nor V-V-V.

So where are we today?

Three nations NED, GBR, and GER qualified for Tokyo at the World Equestrian Games in 2018, they can each send 4 athletes.  Seven more National team places are being contested up to January 31st!

At a CPEDI with a team event the scores from the 3 (or top 3 out of 4) team members for the Individual and the Team test are totaled to give the team score, while the Paralympic ranking list for teams sums the best two team scores from selected competitions between 31 January 2019 and 31 January 2020.

The current team ranking is available on the FEI site but summarized in this table: The Team rank (having removed the already qualified teams is shown) and the current boundary for the top 7 teams. But given that there are 10 events in January where each of the team scores is the sum of 6 different test results, it is easy to imagine some changes in this ranking. Certainly Russia and France will be very active challengers for Norway’s current 7th place!

While this table looks rather dominated by the traditional dressage world, there are 4 more team places to be allocated to the top ranked nations from Africa, Americas, Asia and Oceania – though at this time it does not look like there are any African candidate nations. But Brazil/Canada, Singapore and Australia look likely to be able to send teams. The host nation Japan can also obtain a team place.

As in the Olympics there are also individual places, 15 nominally, but in the event of there being unused places from the above team allocations this may be augmented. These are allocated from the Paralympic Individual Ranking List (based on an athletes 6 best results). But there are regional quotas, so the 15 is composed of 3 each from Africa, Americas, Asia, Europe and Oceania, with a maximum of 2 per nation and not including nations already qualified. There are in addition 3 “Bipartite Commission Invitation” slots for which athletes must apply by March 16th.

As noted at the start of the article, there are 10 CPEDI competitions in January 2020, but since there were only a total of 25 qualifying competitions in 2019 a lot could change in the next few weeks!