Catching Up with Satchmo 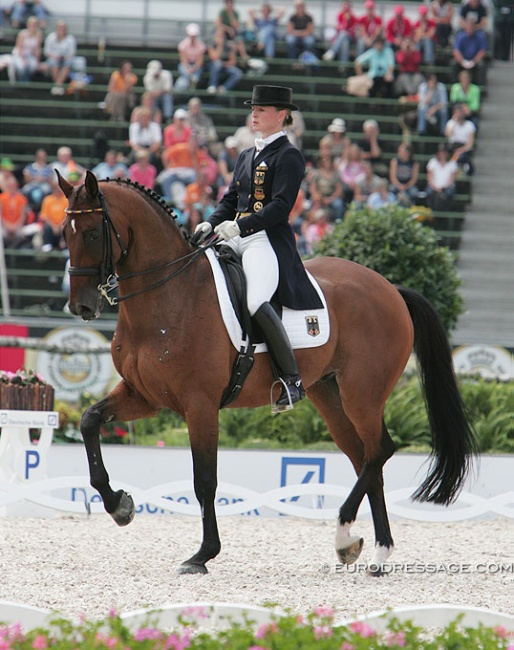 The German Equestrian Federation made a special video catching up with greatest oldie Satchmo, the horse that brought Germany and its rider Isabell Werth multiple championship medals.

Werth and Satchmo rode a Grand Prix world record score at the 2005 CDI Stuttgart. She won team gold, Grand Prix Special gold and Kur bronze with him at the 2006 World Equestrian Games. They won team silver and Special Gold at the 2007 European Championships. At the 2008 Olympic Games they won team gold and individual silver. They were the 2007 and 2008 Aachen CDIO Grand Champions.

In the interview below Isabell Werth said, "Satchmo is an extremely sensitive, sensible, sweet but also cheeky horse. He really asked much from me. There is no horse I fell off more than off him, but at the end of the day he turned out to be the most reliable horse and the one I felt most secure on. For instance, I kept on riding him while I was pregnant until right before the delivery."

The video is in fact already three years old, but the German federation re-shared it on social media on 30 December 2019.