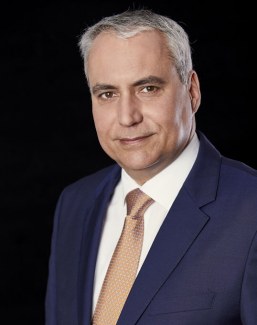 FEI president Ingmar De Vos has added more responsibility to his plate. He has been elected President of the International Horse Sports Confederation (IHSC).

The International Horse Sports Confederation (IHSC) held its General Assembly on 7 December 2019 at the Hong Kong Jockey Club where the group elected a new President and received a number of important updates on its strategic projects, including the ongoing development of a new vaccine for African Horse Sickness (AHS).

In early November 2018 he was appointed to the Global Association of International Sports Federations (GAISF) Council and as the GAISF representative on the 12-member World Anti-Doping Agency (WADA) Executive Committee.

As of 1 January 2020, he will be the ASOIF representative on the WADA Executive Committee and Foundation Board. He is also on the board of the Belgian National Olympic Committee.

“I’m extremely honored to be elected President of the IHSC and I would also like to thank our past President Louis Romanet for his dedication to the successful cooperation and information exchange between horse racing and equestrian sport through the IHSC. Under his leadership, the IHSC has continued the relationship with the World Organisation for Animal Health (OIE) and the further development of the OIE Terrestrial Animal Health Code and concepts that will facilitate horse movements such as the HHP Framework with the HHP Handbook and IHSC-OIE Regional Workshops for Temporary International Movement of Competition Horses. Besides this, further scientific research was done in the field of vaccines for AHS, Equine Influenza and Glanders, the adoption of revised international standards on equine diseases and other standards relevant to international movement of horses.

“Our Confederation represents the peak bodies of our respective sports and I look forward to furthering the collective interests of our Federations in the areas of equine welfare, the international movement of horses, and collaboration with the OIE.”

The IHSC was established in 2013 and brought together the international bodies for major horse sports:

The key missions of the IHSC include: