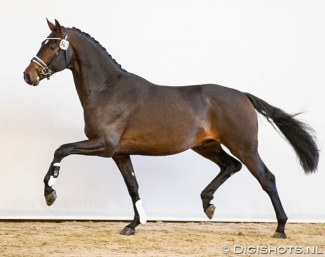 Five dressage colts passed the late pre-selection on 10 December 2019 and have now earned a ticket for the second phase of the 2020 KWPN Stallion Licensing.

The pre-selection concluded on Saturday 7 December but on Tuesday 10 December a "last chance" late pre-selection was held for those colts who couldn't appear on the normal dates or of which the owners believed that they needed a second chance to get assessed.

"Today we added five colts to the collection, of which two are sons by Dream Boy," said licensing committee chair Marian Dorresteijn about the dressage lot. "Three are already approved with German studbooks, and then there is also a son by the young sire Indian Rock. In regards to more diversity in genes this was a positive day, so I have a very good feeling about the entire first phase."

The colts accepted at the late pre-selection are: