Gitte Donvig Hospitalized with Head Trauma After Fall from Horse 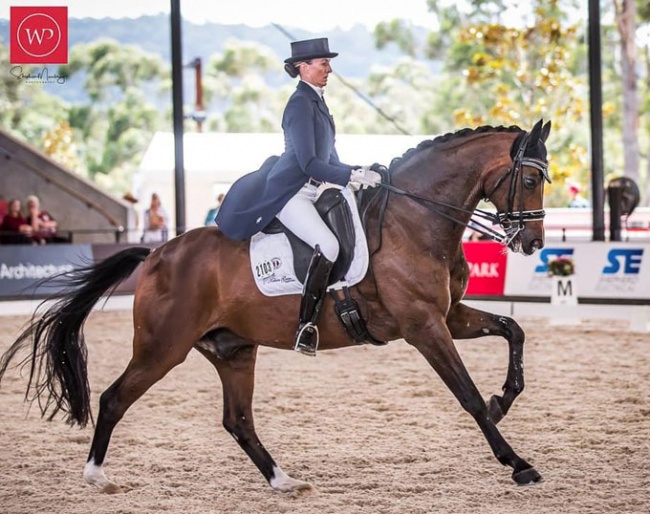 Australian Grand Prix rider Gitte Donvig has been hospitalized with a head trauma after a fall from a horse on 9 October 2019.

Donvig is based at Ellanbrae Park in Macedon, Victoria.

Donvig fell off a young horse and had to be airlifted from Macedon to the intensive care unit at Royal Melbourne hospital, where she was put in an induced coma.

"She has severe concussion, from a fall off a young horse, but luckily was wearing a helmet," her mother Australian Olympian Mary Hanna stated. "She is now out of the coma but with limited ability to communicate. Family and friends have rallied to help. Please send your prayers and positive vibes for her."

The 39-year old Donvig competes at international Grand Prix level in Australia aboard her mother's 2012 London Olympic and 2014 WEG ride Sancette (by Sandro Hit). She studied equine Studies at Marcus Oldham College and currently runs her own dressage sales and training business.