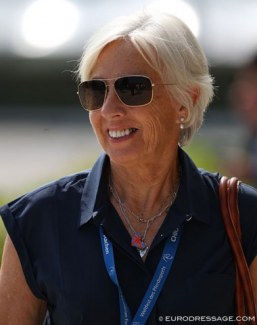 Interim Chair Linda Whetstone welcomed everyone and introduced the Board members to the audience before handing to Chief Executive Jason Brautigam (JB) for the formal business of the Annual General Meeting.

Three positions were up for election at the 2019 BD AGM:

Linda Whetstone was elected the new chairman. Members present voted unanimously in favour of Whetstone to be elected as Chairman, with no votes registered against. For the record, the proxy votes submitted were as follows; 75 for, 2 against and 2 void papers.

Simon Bates was elected the Sports Operations Director. Four candidates came forward and were subsequently approved by the Nominations Committee to go to the membership for election. An electronic ballot was held by independent company Mi-Voice who reported 1517 votes. Simon Bates had 538 votes, Sandy Phillips got 354 votes, Kelly Thompson had 311 votes, and Ros Ingledew got 304 votes.

Finance Director Caroline Godfrey ran through the accounts and reported turnover for BD was up 4% and a profit of £303,909 was returned.