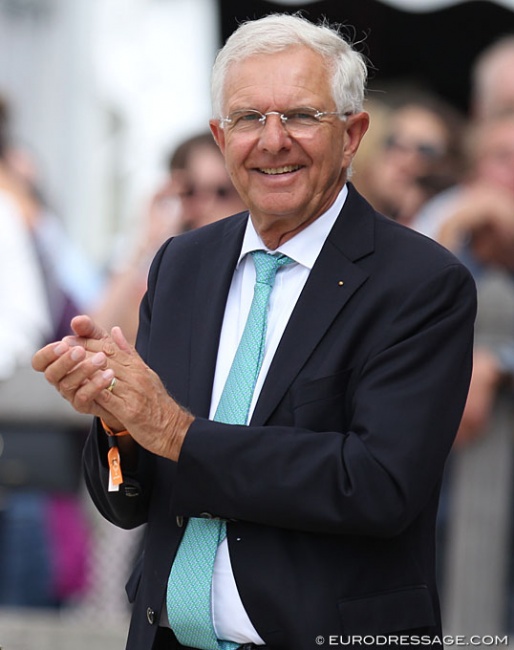 The German Equestrian Federation has decorated German judge Christoph Hess with the Rider Cross in Gold at the 2019 Bundeschampionate in Warendorf.

The 68-year old Hess is a 4* dressage judge and 3* eventing judge since 2009. He is also the Training Director at the German Equestrian Federation.

Hess is a highly requested speaker, commentator and clinician in Germany and abroad.

Since 1980 Hess has been working at the German NF. For twenty years he has managed the National Training Centre in Warendorf. He was also in charge of the Personal Members (PM) programme of the federation. When he took up that job in 1986 the German NF counted 9,400 PM's. When he officially retired in 2016 there were 59,000 PM's.

For his lifetime achievements and contributions to the German NF, Hess was decorated with the Rider Cross in Gold. He received the laudatio from NF vice president Theo Leuchten at the Bundeschampionate.