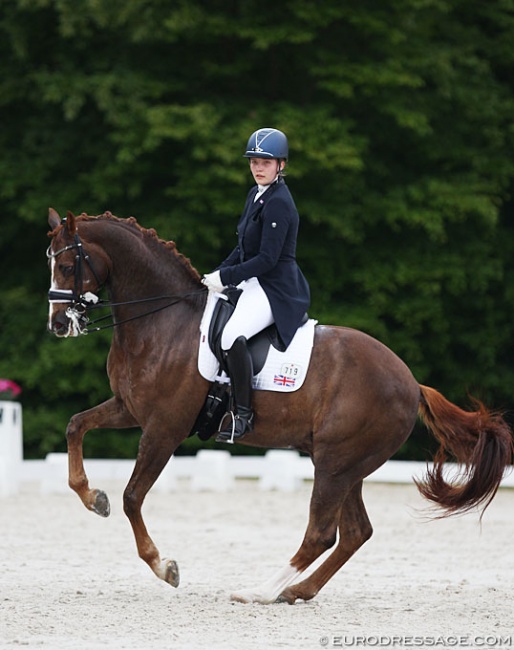 British Dressage has announced the junior and young riders that will represent Great Britain at the 2019 European Youth Riders Championships in San Giovanni in Marignano, Italy, on 24 - 28 July 2019.

Britain will be fielding two individual juniors and a small team of three young riders. This means that from the short list drafted mid June, junior rider Clare Hole (Winnetou GEP) was dropped from selection.

The Pre-European Team Camp will be held on Tuesday 16 and Wednesday 17 July at Kilbees Farm in Berkshire, which is compulsory for all selected riders/horses.

International Director Judy Harvey also confirmed that Britain will not be sending any riders to the U25 European Championships at the same venue.

“As selectors our role is to monitor performance against the Selection Policy and then select combinations who can be competitive in a Championship environment, where the standards are exceptionally high and the pressure intense," said Harvey. “We have to make sure that every place awarded has the potential to win a medal, which makes securing a place very tough. This does mean that we need sufficient combinations performing at the required level to form a competitive team, otherwise we will look to send those who can still compete as individuals instead.

Britain has no Children rider in the running either.

“The selected riders and the teams behind them have put in a great deal of hard work and dedication to achieve this opportunity,” Harvey continued. “Our Junior representatives both performed well at the weekend at Hickstead, while the Young Rider trio also has proved themselves admirably this spring. We’re in a period of transition with the Under 25 squad but have high hopes for developing this area further in the next few years. I wish the five selected riders ‘buona fortuna’ and look forward to following their performances in Italy.”