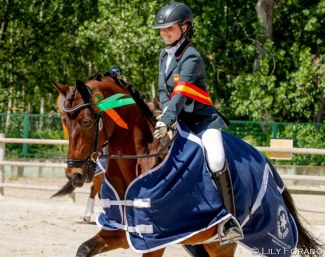 The Spanish Equestrian Federation has announced the teams that will represent Spain at the 2019 European Pony Championships in Strzegom, Poland, on 13 - 18 August 2019.

Following the last observation trial at the 2019 Spanish Grand Prix Championships in Segovia and a final CDI for scores in Hagen, the Spanish selectors made their choice.

Representing Spain at the Pony Europeans will be: