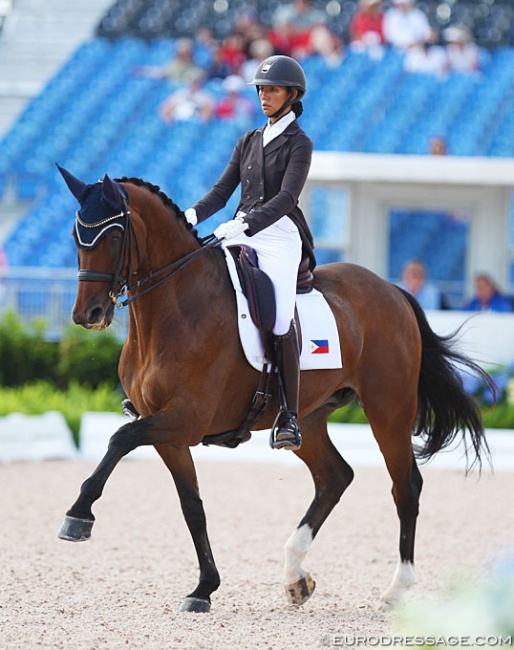 Triviant is a Dutch warmblood gelding by Olivi x Saluut, bred by J. Beets in The Netherlands. His name is the Germanic version of the famous board game Trivial Pursuit.

Triviant first came into the spotlight selling for 400,000 euro to Ann Kathrin Linsenhoff at the 2005 PSI Auction as a 5-year old. Under Matthias Rath he was competed at Grand Prix level with their career highlight being an 8th place finish at the 2010 World Cup Finals in 's Hertogenbosch.

In March 2011 Triviant sold to Swedish Charlotte Haid-Bondergaard and the duo consistently competed from 2012 till 2016 at numerous international shows. They represented Sweden at the Nordic Baltic Championships in 2012, 2014, 2015 and 2016.

In September 2016 Triviant sold as a Grand Prix career schoolmaster for Ellesse Tzinberg. They made their CDI debut in January 2017 in Wellington. Their highlight year was 2018 during which they competed at the 2018 World Cup Finals in Paris and World Equestrian Games in Tryon.