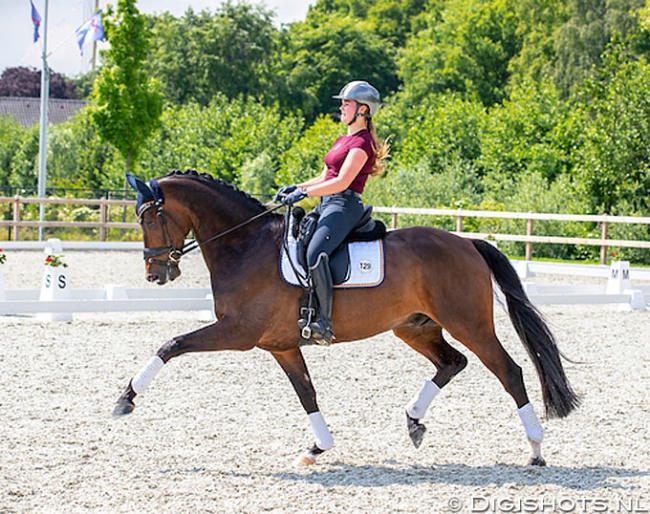 The Dutch Equestrian Federation and KWPN society hosted the second observation and training trial for team selection for the 2019 World Championships for Young Dressage Horses on 21 - 22 May 2019 and redrafted a new long list of potential team candidates.

This was the second of three observation trials where the selection panel coaches and assesses the team candidates and draws a long list that gets shortened after each trial. The team will be announced after the third session.

The second trial took place in Nunspeet, The Netherlands.  Three horses were absent from the trial but the riders have given valid reasons to the selectors: they are Imposantos (Bart Veeze), Iwardo AF (Cynthia Eggenkamp) and Jovian (Andreas Helgstrand). The latter pair has not shown itself in the first nor second trial.

The third selection trial will take place in Ermelo on 20 June 2019.

Eleven 5-year olds, thirteen 6-year olds and eleven 7-year olds have been long-listed.  They are: