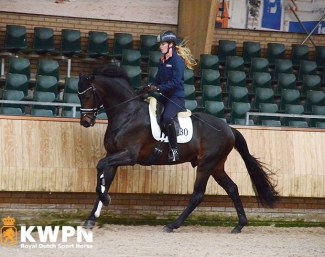 Three colts have dropped out of the 2019 KWPN Spring Stallion Performance testing which is being conducted at the KWPN headquarters in Ermelo, The Netherlands.

The testing began on 15 April 2019 and lasts fifty days. At the second evaluation moment on 1 May 2019, the licensing committee decided to end the performance test for two more stallions, after Leandro (by Don Romantic x Krack C) had already dropped out a week ago. One stallion of the two was not fit.

Luxor (by Ebony x Charmeur) has left the testing and can return in the autumn.  Fabrice (by For Romance x Don Schufro) was also withdrawn.