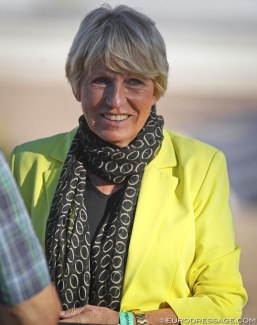 The FEI Dressage Committee has appointed the ground jury that will be officiating at the 2020 Olympic Games in Tokyo, Japan, on 23 - 29 July 2020.

As there is no Japanese 5* dressage judge a president of the ground jury from a different country has been appointed. Experienced German judge Katrina Wust has been honoured with this prestigious role.

The Appeal Committee, FEI Tribunal, Dressage Supervisory Panel & Limb Sensitivity Veterinarians will be appointed by the end of 2019.