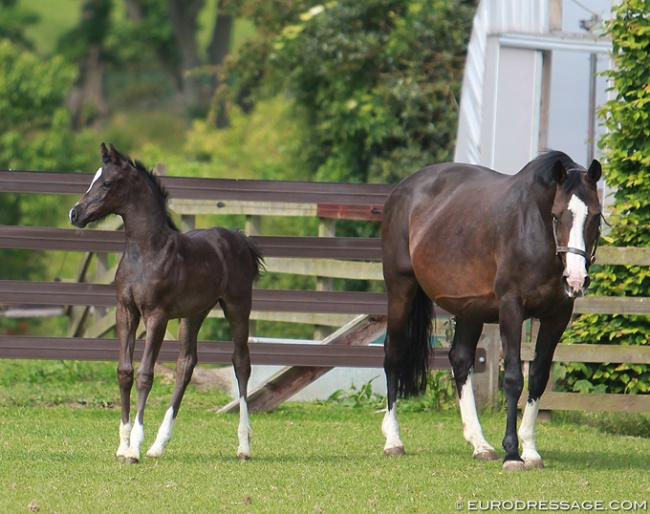 The breeding department of the German Equestrian Federation has released the breedings statistics of Germany for 2018. The FN recorded 25,560 warmblood foals born in 2018 out of 31,109 warmblood mares covered in 2017, registered with various German studbooks.

When it comes to coverings in 2018 the statistics have gone up as 31,327 warmblood mares have been bred.

When looking at embryotransfer statistics, 885 ETs are registered in 2018, while 820 ETs were carried out in 2017. The most ETs were registered with the Oldenburg society (684 ETs), while in Holstein there were 105 and in Hanover just 52.

The heydays of breeding in Germany were certainly between 1992 and 1994 when almost 100,000 mares were covered those years. The financial crisis in 2008 has had a massive impact on the breeding scene. In 2008 73,071 mares were still covered, and within four years those statistics dropped to the 45,000 range.

Interestingly when one looks at the statistics of the foals that were registered, in 1994 out of 98,571 mares bred, only 57,299 foals end up being registered the next year, while now more foals are born (and registered) in relation to the amount of coverings.

Full statistics can be viewed here

Related Links
Maren Engelhardt: Numbers Don't Lie, or Do They?
Amount of Breedings in Germany Expected to Decline in 2012
Statistics of Breedings in 2003 to Westfalian Licensed Stallions
Gero Busselmann: Quo Vadis, Are We Approving the Wrong Stallions?