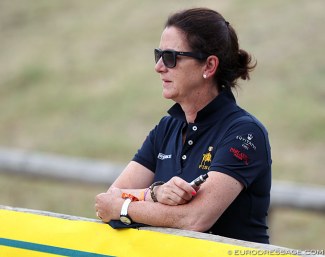 After months of rumours that Johann Hinnemann and Anna Merveldt would be hired as the new Italian Team Trainers, the Italian Equestrian Federation has now ratified their positions officially.

On 4 March 2019 the FISE board of directors approved the positions of Johann Hinnemann as Italian Senior Team trainer and Anna Merveldt as Italian Youth Team Trainer. It also appointed German Cornelia Endres as consultant for the pony riders.

The youth team trainer Anna Merveldt, who was already Italy's youth team trainer in 2010-2011, will meet with the riders the first time at the observation trial during the CDN/CDI Ornago on 22 - 24 March 2019. Ornago will be a first observation moment this season; the last will be the Amateur Championships in Cattolica on 21 - 23 June 2019.

Riders can submit results from CDI's of their choice and do not have to compete at a strictly set schedule, but the CDI's have to be approved by the department.