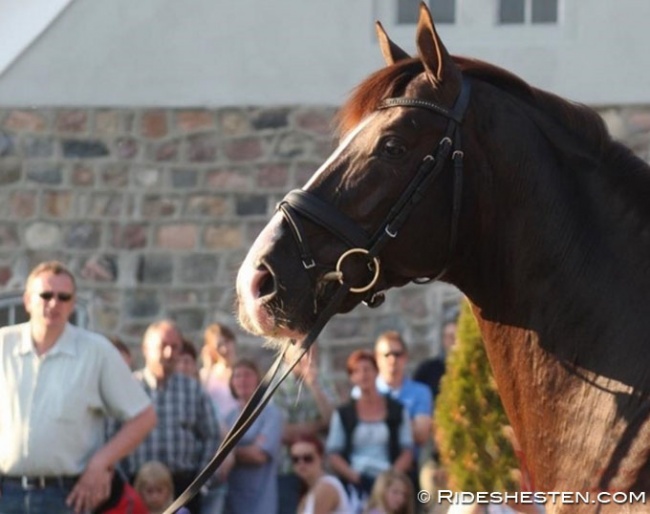 What many breeders had already found out by having their mare and foal stock tested, has now been confirmed by the owner of the stallion: Blue Hors Don Schufro is positive to WFFS.

Blue Hors Stud, one of the largest dressage breeding stations in Denmark, already had all of its active breeding stallions tested for Warmblood Fragile Foal Syndrome in May 2018, responding favourably and swiftly to the request of the breeders and mare owners.

Their foundation stallion Blue Hors Don Schufro (by Donnerhall x Pik Bube), however, was not tested as the 25-year old stallion has been retired from stud.

However, with the massive amount of Don Schufro offspring alive and some of them testing positive to WFFS, a conclusion was easily reached that the gene defect was passed on by Don Schufro.

Blue Hors has now tested Don Schufro and the results returned out that he is a carrier.

"We are in favor of openness and have therefore also tested Don Schufro for WFFS, and he has, almost as expected, proven to be a carrier," said Blue Hors' breeding director Esben Møller.

The inheritance of WFFS only comes into effect if both stallion and mare are carriers of the WFFS gene! Breeding to a carrier stallion (n/ffs) only might have consequences if the mare (n/ffs) is a carrier too, so breeders are recommend to have their mares tested if they want to breed to a carrier stallion. Breeding a carrier (n/ffs) to a non-carrier (n/n), can lead to the foal being a carrier (n/ffs), but only when both parents are carriers, the risk of a foal with actual WFFS is 25% (ffs/ffs). Most mares abort their embryos/foals affected with WFFS. Very rarely is a live, affected foal born and if it is it will die as there is no cure for WFFS.

Therefore, WFFS can be the answer for breeders who have struggled to get their (positive) mares pregnant or who dealt with foal abortion. To prevent unnecessary costs from stud fees and vet bills, a WFFS test can prevent emotional and financial stress.

"Knowledge of the horses' WFFS status is just an extra breeding tool that has become available. Breeders can avoid pairing two gene carriers. So, we can only encourage breeders to test their mares before the breeding season," Esben Møller added.