The Use/Misuse of Leadership and Dominance Concepts in Horse Training 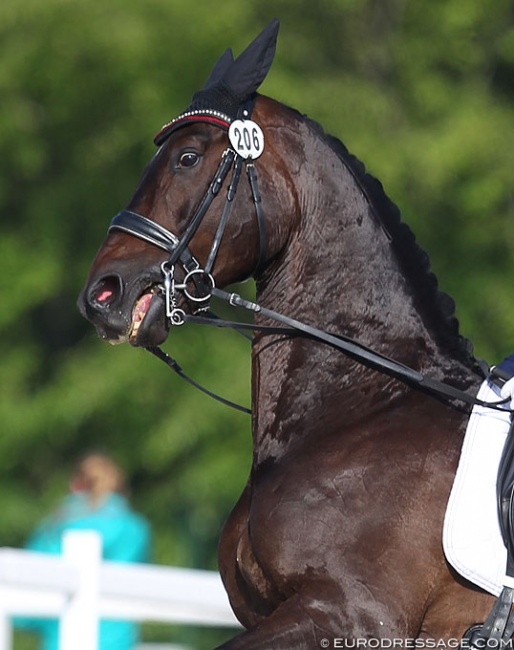 Dominance hierarchies, alpha positions or leadership in social groups of horses are man-made concepts that should not form the basis of human–horse interactions. Horses are social animals that mainly interact with each other on a bilateral level (i.e. each horse has an individual relationship with each other horse), and it is unlikely that they have the concept of a rank order that includes all members of the group.

The study of equine cognitive abilities suggests it is unlikely that they have the mental ability to make such a construct. While older and more experienced members of a group may know their home range and can lead group members to locations where food, water or shelter is available more often than younger, less experienced horses, there is currently no solid evidence of leadership being unique to specific individuals within the social group.

Basing human–horse interactions on a dominance concept may be detrimental to horse welfare. There are, unfortunately, examples of riders, trainers and handlers who – believing they have to place themselves in the ‘alpha position’ in relation to their horse – resort to training procedures and/or practices that elicit fear and, in some cases, may result in abuse. In nature, horses will avoid rather than seek conflict. If approached by an aggressive individual, the predominant type of behaviour a horse will show is escape or avoidance. Trainers, riders and handlers must aim to establish a clear and consistent relationship with their horses in order to safeguard horse welfare. They should be aware of the possible repercussions of describing their interactions with the horse and their training processes in the context of social organisation.

Horses are highly social animals and living together in a social group is essential for survival. Competition over certain resources (e.g. food, shelter), which is more common under domestic conditions than in natural conditions, may result in agonistic (aggressive and submissive) behaviour between two or more group members. In most instances this appears as a threat rather than physical aggression. Within the group, horses may compete for resources but show no motivation for wanting to dominate others per se. Instead, they try to avoid conflict. In established social groups, individual members have learned which horses they can displace and which horses they should avoid during competitive encounters. This knowledge is likely to be based on a series of bilateral relationships, not according to some rank order of all group members.

Under natural conditions almost all horses live in social groups. Even in areas devoid of large predators, solitary horses are rare. The most stable social group is the band consisting of one stallion and a number of mares plus their offspring (Keiper, 1986). The band members also remain together outside the breeding season. The mares may be unrelated but form close, often lifelong relationships with each other (Cameron et al., 2009). If a band is approached by another stallion, the band stallion will drive his mares together by circling them, lowering his head almost to the ground and laying his ears back (described as herding behaviour). This is the only situation in which stallions control the movements of the mares (Berger, 1986).

Living in a social group enhances survival but may also create competition among group members that can result in agonistic behaviour involving aggression, threats of aggression and submissive behaviour. Aggression in horses involves kicks or bites. Threat displays include facial expressions (ears laid back possibly with incisor teeth exposed), deliberately lifting a hind leg and/or swishing the tail. Submissive behaviours consist predominantly of avoidance behaviours. When threatened by a stronger opponent, a horse usually departs, holding its head low and its tail tucked in, a body posture that may signal submission. Mouth clapping, also called snapping, is believed by some to also signify submission. Mouth clapping consists of vertical jaw movements while the lips cover the front teeth and the corners of the mouth are drawn back (Henshall and McGreevy, 2014). The behaviour is often seen in young horses as they approach older horses (Waring, 2003).

In feral and wild horses, aggression is most likely in two specific situations: one, when stallions fight for mares and the other when mares protect their newborn offspring. The position of a band stallion is frequently challenged by bachelor stallions or neighbouring band stallions. Most encounters involve some kind of threat display, whereas relatively few result in actual aggression. However, when fights occur, they can be intense and lead to serious injuries. Most band stallions have numerous scars and wounds (Berger, 1986).

A mare is very protective of her newborn foal. She will position herself between the foal and any intruders, potential predators and even familiar herd-mates, and display threatening behaviour. This behaviour has previously been misinterpreted as the mare moving up a few notches in the social hierarchy after foaling.

Under domestic conditions, most competition between horses is focused on supplemented feed. In group-housed horses living in a relatively stable group, serious aggression is infrequent. When two horses challenge each other, one usually succeeds in displacing the other and accessing the resource. Only rarely are three horses involved in actual fights. With every encounter, horses learn about their ability to retain resources in relation to another horse. This affects future conflicts between the two participants. Scientists refer to this as the animal’s resource-holding potential. Similarly, their position in relation to the other horses of the group is likely to be formed on a bilateral level and not based on the concept of overall social hierarchy.

Although dominance at a bilateral level exists and may contribute to the learning that underpins social order, there is no current evidence that horses have any concept of hierarchy.

The concept of dominance hierarchies was proposed by Norwegian biologist, Schjelderup-Ebbe, who described a ‘pecking order’ in groups of hens. Since then, the idea that social animals form a social structure based on rank among group members has prevailed among scientists and lay people alike. Many studies have attempted to establish rank order by observing agonistic encounters between group members. Such observations have generally revealed the rank of a few of the top animals and, possibly, a few of the bottom animals. However, these studies have rarely been able to discern a clear rank order of the group members in mid-levels, simply because these animals have not shown aggression towards each other. To reveal the rank of all group members, pair-tests are conducted. Group members are exposed to an aggressive encounter (usually over food), and all combinations of group members are tested (i.e. animal A against B, C, D, etc; animal B against C, D, and so on), resulting in, for example D>A>C>B. It may also happen that two individuals share a resource, in which case they are considered to share the same rank.

That one animal may displace another in a competitive situation is beyond doubt. We may call the horse that succeeds in displacing another the ‘winner’, the ‘dominant’, or the ‘alpha’ and the displaced individual the ‘loser’ or the ‘subordinate’, if the language used to describe the outcome only refers to the two animals involved in the encounter. It is likely that both animals will learn and remember for a long time the result of the contest, both in a similar context and possibly also in conflicts over other resources. Nevertheless, this is no reason to believe that horses map the relationships in their brains or that they rank themselves in relation to all the other horses.
Altmann (1981) states that: “Dominance relationships are an invention, not a discovery. They exist in the mind and notebook of the human observer. With few exceptions, however, there is nothing in the agonistic behaviour of animals that implicates an ability to make such abstractions.”

Leadership and its attributes have been extensively studied across mammalian species (see Hartmann et al., 2017 for a review on horses). It describes the process of social influence in which specific leaders appear to guide the actions of group members (e.g. change of activity or location). Leadership can be defined in two ways:

One way is what Syme and Syme (1979) call ‘social leadership’, which they define as “the control of aggression between individuals within the group, and the protection of other members when the group is faced with threat or predation”. If there is a band stallion, he is almost exclusively responsible for the protection of the group. In addition, observations have shown that both stallions and mares may intervene and end fights between group members (e.g. van Dierendonck et al., 2009).

Another definition of leadership is ‘spatial leadership’ which refers to when and where the group moves. Historically, it was believed that either the stallion or an older mare was responsible for spatial leadership and decided where the group should go. However, recent research has questioned whether certain horses can be assigned consistent leadership roles (Krüger et al., 2014; Bourjade et al., 2015), what effect rank has on eliciting followers (Andrieu et al., 2016), what behaviours are displayed before departure that may be indicative of subsequent leadership (Bourjade et al., 2009; Bourjade et al., 2015), and what effect individual temperament and social bonding have on initiating movement (Krüger et al., 2014; Briard et al., 2015). These studies indicate that leadership is not unique to a specific group member but that any horse of the group can initiate group movement. For example, Bourjade et al. (2009, 2015) found shared leadership in groups of Przewalski horses and concluded that the decision-making process prior to movement was partially shared and was largely based on pre-departure behaviour displayed by several horses.

Some horse people believe that, to get the ‘respect’ of a horse and make the horse obey orders, the person handling it must be the ‘alpha individual’, i.e. in the top position of the social hierarchy. The person must be the dominant part of the relationship and the horse the submissive one. Even if horses had a concept such as ‘top position’ in a hierarchy, it is questionable whether that hierarchy would even include humans (McGreevy et al., 2009). Undoubtedly, part of the reason for these and similar beliefs is anthropomorphism (i.e. our tendency to transfer human characteristics such as respect and authority onto the horse). This attitude often does more harm than good (see McLean, 2003 for examples).

In horse training, attempts to dominate horses often encourage and justify the application of punishment. Apart from the possible negative effect on the horse’s welfare, the wider working relationship may also suffer. The natural response of a horse to an aggressive opponent is to avoid the individual by moving away. If the horse experiences the trainer as aggressive its predominant motivation will be to avoid the trainer. Therefore, it is of paramount importance that trainers, riders and handlers do not appear aggressive because this may trigger fear and avoidance responses in the horse.