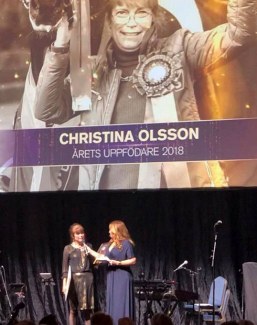 Well Done de la Roche, Patrik Kittel, Christina Olsson and Josefine Ander were honoured for their dressage achievements in 2018 at the 2018 Swedish Riders Gala in Stockholm, Sweden, on 28 November 2018.

More awards than ever were given in several new categories at this year's Swedish Riders Gala, but it were mainly the show jumping personalities that were the most decorated.

Patrik Kittel was also named 'Rider of the Year' for dressage. Four riders were honoured in four disciplines as rider of the year.