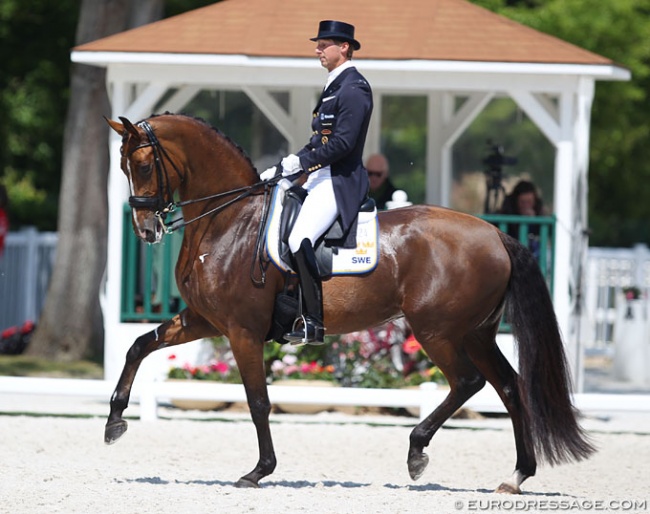 Swedish WEG team rider Patrik Kittel has made his decision on which horse he will take to the 2018 World Equestrian Games in Tryon. It will be Well Done de la Roche.

"It's really a luxury problem to have two good horses. It has been very difficult to choose. Both have done a great season," Patrik explained. "It's great for Welli to do a championship outdoors now. She is still a little sensitive indoors and therefore I prefer Deja for the World Cup indoor season."