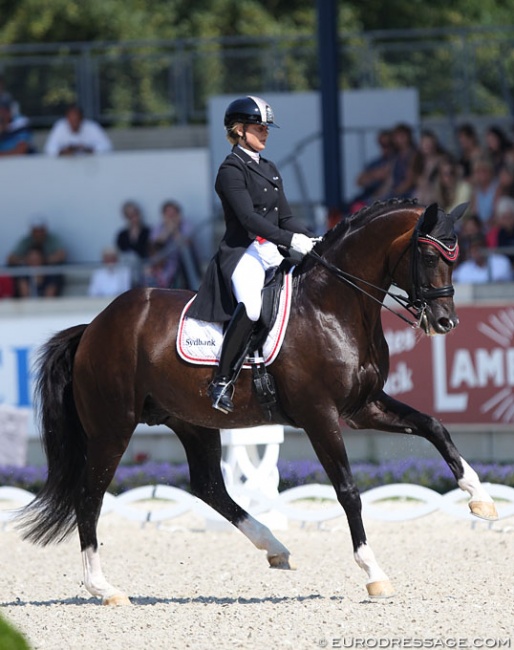 Anna Zibrandtsen, the Danish team reserve rider who is substituting for Cathrine Dufour, has announced that she has also withdrawn from Danish team participation at the 2018 World Equestrian Games in Tryon, U.S.A.

"Only 1 year ago today, we were on the silver winning Danish team at the Europeans Championship. This year we were on our way to the World Equestrian Games. But my fantastic pal Arlando is so unlucky! I’m so sad to tell, that Arne has unfortunately got lymfangitis (an infection in the lymph system of the leg) close to departure for WEG in Tryon. That means, we cant work him, until he’s 100 % recovered. Therefore we wouldn’t be able to participate at WEG."

Zibrandtsen competed at the CDI's in Hagen, Uggerhalne and Aachen this year and were listed as team reserve for WEG.

On 17 August, however, Dufour announced her withdrawal from the WEG team as her Atterupgaards Cassidy sustained an injury. Zibrandtsen stepped in.

Zibrandtsen and Arlando will now be replaced by the second reserve, Rikke Svane on the Trakehner stallion Finckenstein.

"We were really looking forward to be a part of the Danish team again this year," said Anna. "But Arne always has first priority, and we will not push him. We wish everyone at WEG the best of luck and a lot of fun."