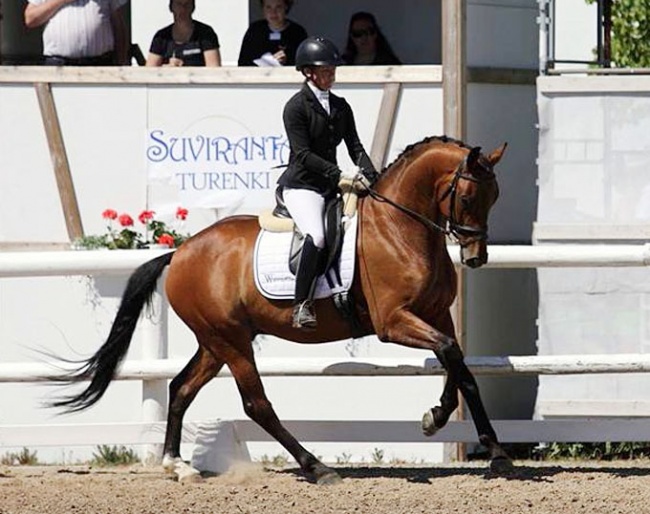 The Finnish Equestrian Federation has announced the rider and horse combinations that will represent Finland at the 2018 World Championships for Young Dressage Horses in Ermelo, The Netherlands, on 2 - 5 August 2018.

Finland is sending four riders and five horses to Ermelo.

In addition, Finnish rider Yvonne Osterholm is also being sent for Sweden with two extra horses: the 7-year old Dorina and the 5-year old Ironman H.

The selected combinations are: