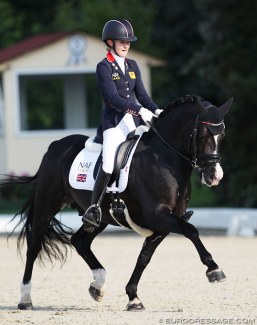 Following the riders most recent performances, in particular at the 2018 CDIO-PJYR Hagen "Future Champions" in Germany, the selectors narrowed down the long list of 9 combinations to a short list of seven pairs from which the team of four will eventually be picked.

The short listed riders are:

The shortlisted combinations will head to Bishop Burton for a weekend training camp with team coach Clive Halsall on 30 June and 1 July. The Pony Team and reserves will be announced the following week.