Can Equine Social Order Leadership Be Transferred to Human-Horse Interactions? 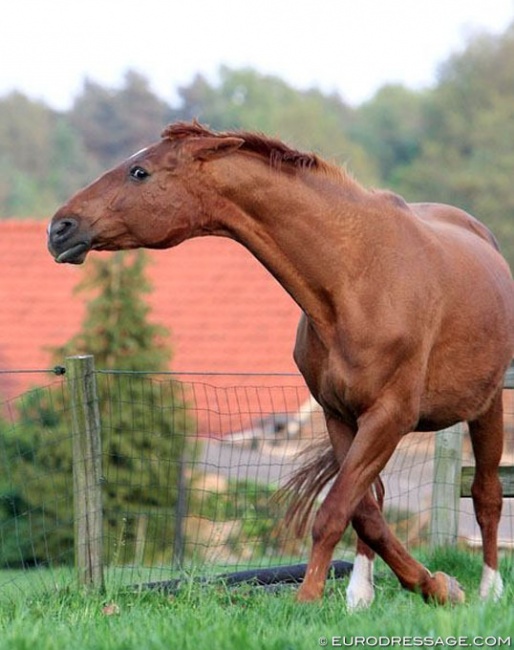 At the 2017 Annual ISES Conference researcher Elke Hartmann of the  Swedish University of Agricultural Sciences in Uppsala, Sweden, presented her finding in her study on whether equine social order leadership can be transferred to human-horse interactions.

A prevalent, traditional approach to horse training is based on the belief that human dominance over horses is required to gain respect and become their leader. Force and punishment may be used to achieve compliance but risk fearful reactions and defensive behaviours that interfere with learning and jeopardise horse welfare and human safety.  This approach is based on the notion that horses’ social strategies can be applied to human–horse interactions. However, there is no evidence that horses perceive humans as part of their social system.

Recent studies investigating leadership in horses have shown that leadership, in contrast to the traditional doctrine, is not unique to the highest ranked or oldest horse of the group but that any horse can act as leader (i.e. initiator of group movement). Moreover, the beguiling but simplistic dominance construct denies the complex social organisation of horses and the numerous factors determining social status (for example age and duration of group membership), including its context-specificity. Hierarchies often manifest during competition for resources (such as food and mates) which are usually absent in training.

The relevance of dominance theory applied at the human–horse interface is therefore likely to be low. Instead, horses’ responses to training can be explained as a result of consistent reinforcement of correct responses rather than a result of humans attaining high social status and leadership roles.

A recent review of nearly 100 scientific publications revealed that dominance and leadership concepts do not merit incorporation into human–horse dyads. This is supported by recent empirical data on four groups of Icelandic horses and Standardbreds (5 horses/group) that were studied during different test situations on summer pasture (i.e. novel object, novel surface, competition for food) to determine if initiators of movement were related to social status (assessed via social interactions on pasture), and whether the same initiators emerged consistently across test contexts.

Horses were put in a 15 x 13m holding pen from which they could voluntarily leave to explore four objects (umbrella, pool noodles, doll, blanket), traverse four surfaces (plastic tarpaulin [PT] folded; PT unfolded; PT with traffic cones; PT with taped crosses) and feed during four repetitions of a limited resource test. Preliminary data revealed that highest-ranked horses initiated movement in only 6% of 48 tests. This was also reflected in the latency (seconds) to leave the pen which did not differ between the highest (Mean 330±134 SE) and all lower-ranked horses (258±89; W=36, P=0.845).

Social status did not predict movement initiation, nor was movement initiation consistent across test contexts. An understanding of horses’ behaviour is more reliable in safeguarding their welfare during training than the attempt to translate constructs such as dominance and leadership into human–horse interactions.

Test results showed that high-ranking horses do not initiate group movement when faced with novelty situations and/or situations involving access to feed. This finding agrees with those of earlier studies that raised doubt about the value of using leadership and dominance concepts in horse training. Instead, knowledge of horses’ natural behaviour and learning capacities are more reliable in explaining training outcomes and therefore in safeguarding horse welfare and human safety.