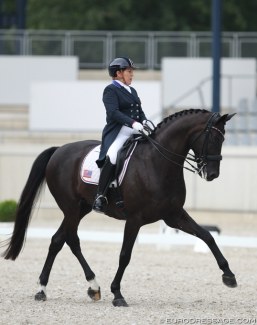 The American team for Aachen appears to be the most likely team that will represent the U.S.A. on home turf at the 2018 World Equestrian Games as it will take its first test run in Aachen before the definite WEG team nominations are announced.

The CDIO team for Aachen includes

The following WEG short-listed athletes and horses will compete in the CDI4* big tour in Aachen: