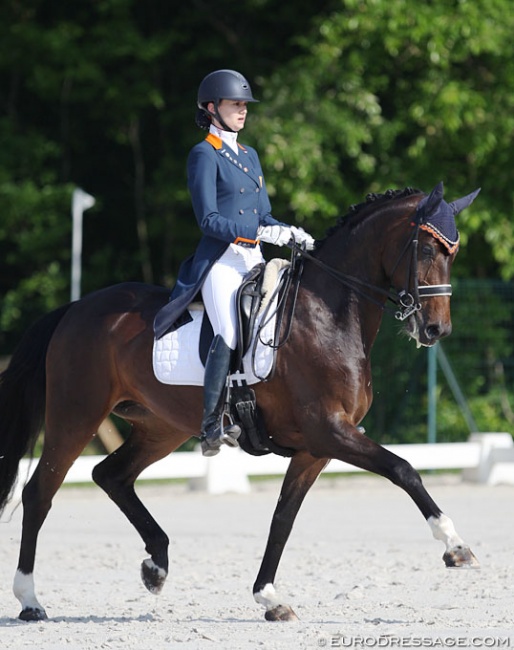 The Dutch Equestrian Federation has released the list of horses that will participate in the fourth and final Dutch selection trial for team selection for the 2018 World Young Horse Championships in Ermelo, The Netherlands, on 2 - 5 August 2018.

Six combinations will not be going forward to the final trial. The drop outs are Diederik van Silfhout with Paul Schockemohle's German licensed stallion Furst Jazz (by Furst Romancier), as well as Vai Bruntink on Irabel (by Charmeur). Both horses were pulled out of the running by the owners. In the 7-year old division Dana van Lierop and Gunner KS (by Belissimo M) have dropped out, as well as Floor Van Kempen on Geronimo (by Bordeaux), Kirsten Brouwer on Ghandi (by Bojengel), and Jonna Schelstraete  on Grand-charmeur (by Apache).

Qualified for the final trial are: