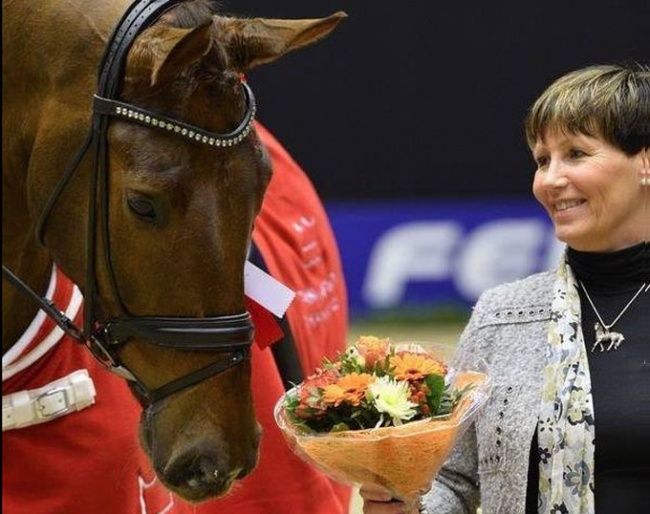 Danish breeder Jytte Kolster has written an open letter to the Danish Warmblood Society to plead with them for a more active stance in getting all licensed stallions WFFS tested after she has tested three mares positive and had one dead foal to Warmblood Fragile Foal Syndrome.

Danish breeder Kolster urges the Danish Warmblood Society not to wait any longer and make the testing of the stallions obligatory.

"I have now tested three mares and a dead foal positive to WFFS. The three mares are all carrier of the illness and the dead foal got the disease from both sire and dam. I will recommend to the Danish Warmblood Society to order obligatory testing of all breeding stallions," Kolster wrote.

To Eurodressage Kolster added, "I have bred for more than 40 years and sometimes a mare will not get pregnant with a stallion but if you use another stallion the mare is in foal at once. We have all experienced that.  Nature is strong. Laboklin told me, that two carriers seldom could reproduce."

Therefore, after spending much money and time and dealing with great disappointment, Kolster has pulled her 19-year old elite mare Kokholms Reggae (by Rubinstein x Donnerhall x Rasant) out of breeding. Kolster tried to get her in foal to Don Martillo but that didn't work. She will be pulled from breeding next year. Reggae's daughter Kokholms Dixieland (by De Niro x Rubinstein x Donnerhall) is also a carrier. Her third positive mare is this year's foal Kokholms Frenzy (by Franklin) out of Reggae. The stillborn foal was out of Dixieland.

"This illness is incredibly widespread and we have to do everything to stop it," said Kolster. "Fortunately carriers can still be wonderful sport horses, as they were before the test."

"I have bought Don Martillo semen for Dixieland, but dare not to use it unless he is tested," Kolster continued. "I think this mare must have a second chance with a WFFS free stallion. She is only four."

On 24 May the Danish Warmblood Society released a statement that they are taking a "wait-and-see" approach in the WFFS matter, investigating the matter into more detail before taking any decisions on making WFFS testing of licensed stallions mandatory.

Other leading European studbooks, such as KWPN and Swedish Warmblood Society for instance, have taken prompt action and ordered all stud owners to have their stallion tested. German studbooks has been a total fail on the matter as they have not taken any precautions whatsoever, except posting statements of awareness and loading the burden of the disease on mare owners, by recommending them to test the mares!

Because of the inaction of the German studbooks, breeders world wide are now taking the matter into their own hands by sacrificing part of a semen straw and have it tested in the lab for WFFS. As a result not the owner of the stallion, but breeders are spreading the test results of popular German stallions amongst one another.