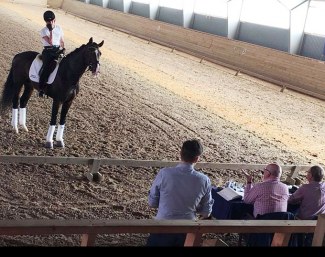 The Swedish Equestrian Federation has held the first observation events for team nomination for the 2018 World Championships for Young Dressage Horses in Ermelo, The Netherlands, scheduled to take place 2 - 5 August 2018.

For Swedish team selection horses have to be Swedish warmblood registered, but can be foreign owned and ridden. Exceptions for non-Swedish born horses are made if its a stallion, Swedish owned and ridden and Swedish licensed, with better qualities than the Swedish registered candidates.

Two observation trials were held in Flyinge on 2 May 2018 and in Mantorp on 9 May 2018. Candidates for team selection could present themselves there in front of selectors Bo Jena and Jan-Ove Olssen for a first time, before the action selection trials start.

The first selection competition takes place in Flyinge on 31 May 2018, followed by a competition in Stromsholm on 6 June 2018. The Finals wioll be held in Falsterbo after which the team is announced.

Participating in the observation events were: