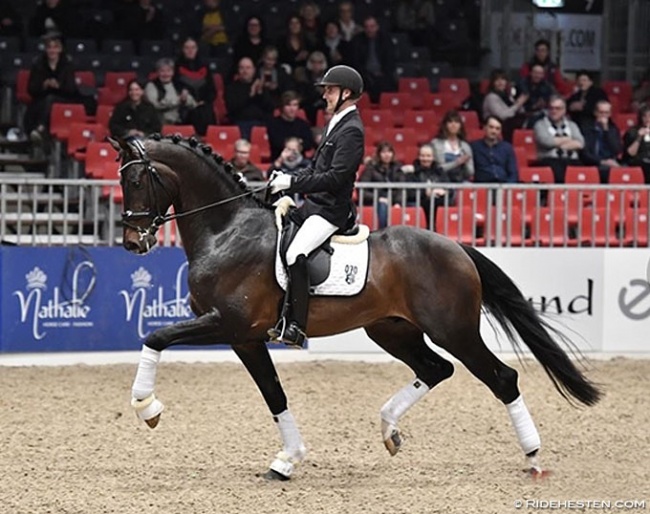 Dutch warmblood bred and foreign bred stallions were dominant at the 2018 Danish Warmblood Stallion Licensing in Herning, Denmark, which concluded on 11 March 2018 with seven colts named premium. Three of them are KWPN registered, two Hanoverian bred.

Nineteen dressage bred 3-year olds and one 4-year old were licensed and can therefore move onto the mandatory 10-day observation test for their character and rideability under saddle assessment.

Seven stallions were invited to the premium ring and only two of them were actually Danish warmblood bred and registered.

Jovian (by Apache x Tango) was the only 4-year old in the premium ring alongside the 6 other 3-year olds as he has not yet done the Danish stallion performance test like his younger peers.

Of the 19 licensed 3-year old colts no less than nine are owned by Helgstrand Dressage, Blue Hors stud owns three.